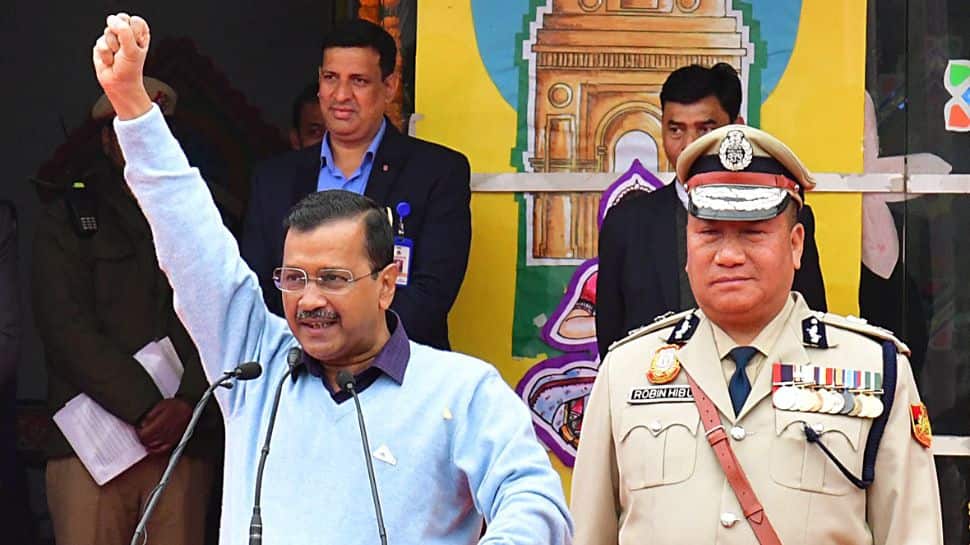 New Delhi: Delhi Chief Minister Arvind Kejriwal took a dig at the ruling BJP government in regard to India’s trade with China. Kejriwal accused the Centre of increasing trade with Beijing and said that it had increased by 50 percent despite recent Chinese aggression. He was speaking at a Republic Day function organised by the Delhi government at Chhatrasal Stadium in the city.

China is procuring more weapons to use against India with the very money it earns doing trade with us, the AAP leader further alleged as quoted by PTI.

“A leading newspaper today reported that China has occupied some of our land. This is worrisome for every Indian. Our soldiers are bravely facing China at the border and it is our duty to support them in this fight. It is our duty to boycott China and send out a strong message,” he said at the event.

He asked the Central government if it took retaliatory steps against China when Chinese troops initiated border incursions into Indian territory and what those steps were.

“On one hand China is occupying our land and on the other hand we are increasing our trade with China,” he said, as he went on to list the items both countries traded in for billions of dollars.

The Aam Aadmi Party leader suggested India should set up manufacturing units for items it imports from China and boycott Chinese goods.

“We are purchasing items like slippers, figurines, and mattresses from China. Why cannot we manufacture these in India?” he asked, saying that the move will only create jobs for youths.

“If the Centre and state governments will provide all facilities to the businessmen, we can make all these things in India and give employment to lakhs of youths. But the country’s system and agencies have forced the traders to an extent that in the last five years, 12 lakh traders have left the country,” he rued.