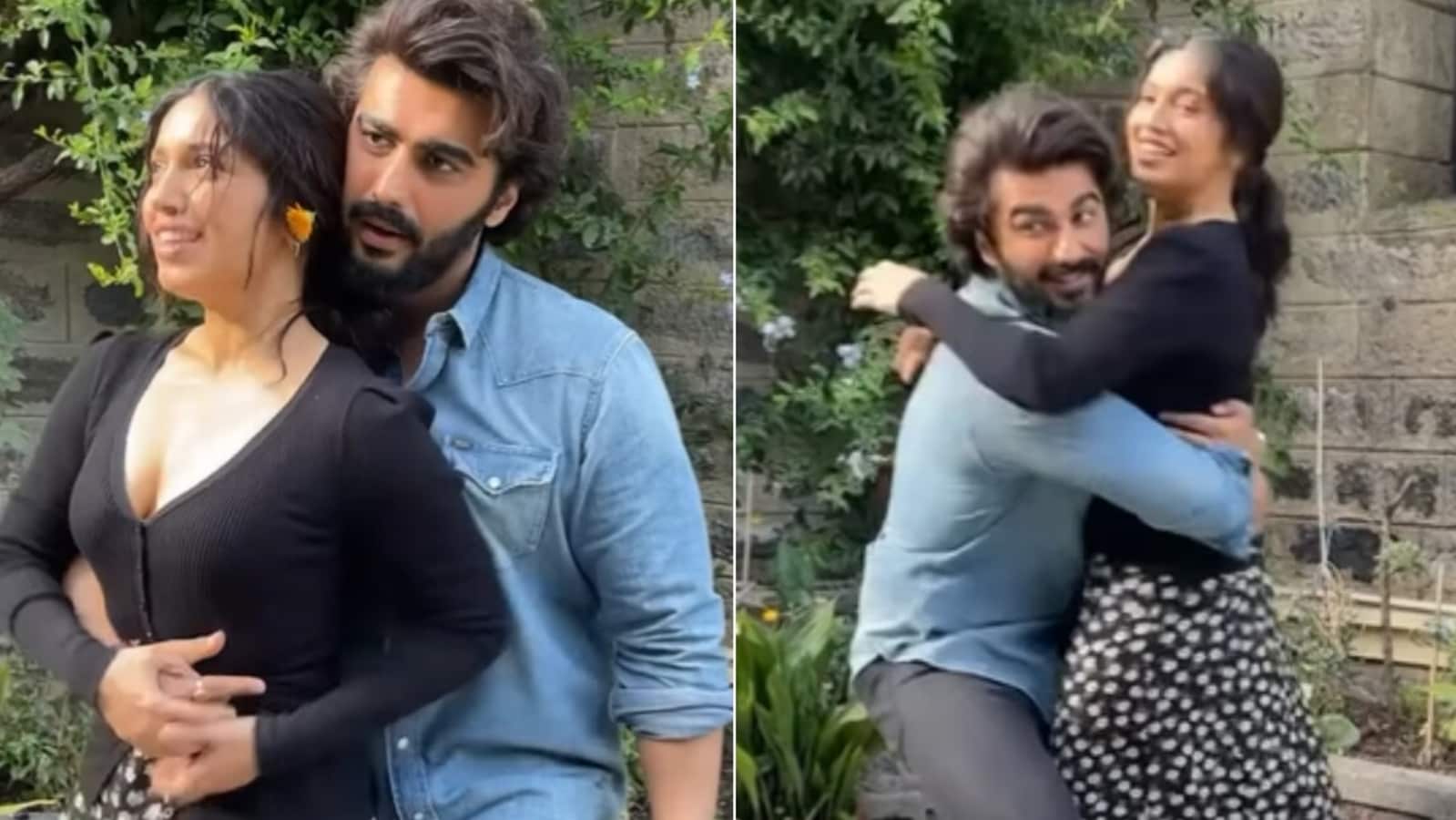 Actor Arjun Kapoor shared a new photos and videos on Instagram with his The Ladykiller co-star Bhumi Pednekar. As soon as he posted them, fans started pulling his leg, and tagged his girlfriend Malaika Arora in the comments section. Arjun’s sister Anshula Kapoor also reacted to the Arjun and Bhumi’s pictures, and called them ‘cuties’. Also Read: Arjun Kapoor prepares pancakes for breakfast, fans suggest ‘cook these for Malaika Arora’. Watch

Sharing his post, Arjun wrote, “After 45 days of shoot, a failed attempt at getting some killer ones by The Lady And The Ladykiller.” In the first picture, Arjun and Bhumi are looking into each others’ eyes. In one video Arjun is seen lifting Bhumi up, and in another one the duo is seen laughing as they posed together for pictures. In one picture, they are seen sitting on grass.

Arjun’s sister Anshula wrote, “Cuties.” While many people adored the duo, some others tagged Arjun’s girlfriend Malaika, and asked him about her. One person wrote, “BRB texting Malaika about this. Malla see what’s happening.” Another one said, “Meanwhile, Malaika is searching for a dislike button.” One person said, “Malaika wants to know your location.”

Arjun and Malaika made their relationship official in 2019. Arjun then told Filmfare in an interview that he doesn’t want people to believe that they are still hiding. “We’ve come out because we feel the media has given us dignity. There’s a certain understanding the media has… they’ve been respectful, kind, honest and decent about it. That is why I felt comfortable. You recoil when there’s a certain ‘gandhagi’ that comes with the territory. When purposely people irk you by saying, writing or asking things… there hasn’t been any of that.”

Apart from The Ladykiller, Arjun will be seen in Ek Villain Returns. The film will also star actors John Abraham, Disha Patani, and Tara Sutaria in lead roles. It will release on July 29, 2022. He also has Kuttey in the pipeline. Kuttey will star Konkona Sensharma, Radhika Madaan, Naseeruddin Shah and Tabu.