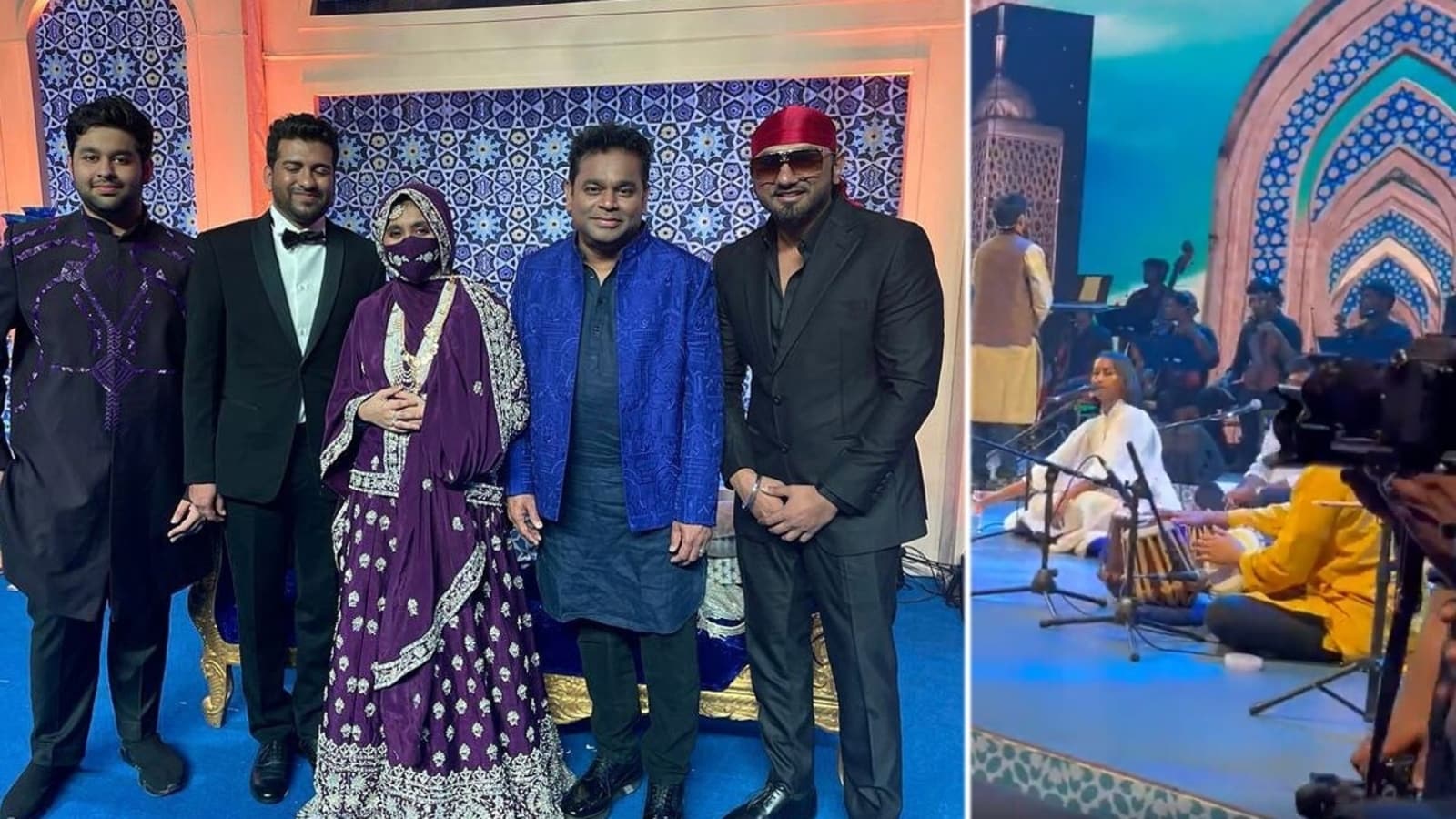 AR Rahman hosted a wedding reception for his daughter Khatija Rahman who tied the knot with audio engineer Riyasdeen Shaik Mohamed last month. The reception was held in Chennai on Friday and had several of Rahman’s industry friends and colleagues in attendance. Some artists also performed live on stage during the musical evening. Also read: Honey Singh bows down at AR Rahman’s feet during IIFA rehearsals, calls it ‘moment of my life’. Watch video

Honey Singh and Sonu Nigam was among those from the music industry who attended the wedding reception and blessed the bride and groom. Sharing a picture from the night on Instagram, Honey Singh wrote on Instagram, “Best wishes to the blessed couple and congratulations to the whole AR RAHMAN sir’s families and fans!! @arrameen @arrahman.”

Filmmaker Sandeep Singh also shared a video from the musical evening. The venue was lit up in blue and peach tones as artists took to the stage for a live performance. He also shared a video on his Instagram Stories to share of glimpse of the delicacies that were served at the event.

Around the same time, Khatija shared her wedding video on Instagram. She married Riyasdeen on May 5 and all close family members and friends were a part of the nuptials. She wrote along with the video, “With the prayers and blessings of my grandparents and our families. On my big day (May 5) with @riyasdeenriyan. This wouldn’t have been possible without the support of my family and my dearest team.”

Earlier, Rahman had announced the wedding of his daughter with a family picture from the May 5 function. The picture had a portrait of his late mother displayed near the seating area of the bride and groom. The music composer’s elder daughter Raheema, wife Saira Banu, son Ameen were also seen in the photo.