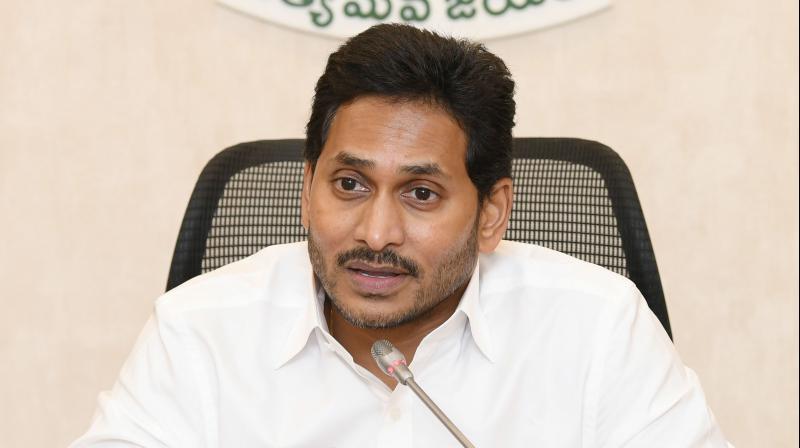 VIJAYAWADA: Chief Minister Jagan Reddy said on Tuesday that the government is spending Rs 2205 crore on road repair works and asked officials to complete the works by July 15. They must display photo galleries for the public on July 20 to showcase the completed works, he said.

The chief minister said the opposition parties had hatched conspiracies to halt the development works and stall funds from the Centre and are creating legal hurdles too, but the government is dedicatedly to working to speed up development.

The CM held a review meeting on the construction and maintenance of roads carried out under the Departments of Roads and Buildings, Panchayat Raj and Rural Development, NIDA, Tribal Welfare, Municipal Administration and Urban Development here on Tuesday.

Jagan has asked the officials to expedite the construction works on roads, bridges, RoBs, and flyovers on a priority basis without any delay. He said they must focus on completing the road works on a war footing and open these for traffic at the earliest.

He emphasized on the state having to have pothole-free roads and on completing the pending road works.

As for road repair works in corporations and municipalities, he said all the potholes must be filled by July 15, and photo galleries should be arranged by July 20.

He said the construction of new bridges in Nivar-affected areas should be taken up on a priority basis and officials must speed up the works. They must prepare an action plan for the maintenance of Panchayat roads besides constructing new ones. Also, he ordered that the focus should be on the construction and repair of roads under the Tribal Welfare Department.

Taking a dig at the opposition, Jagan said various conspiracies are being hatched to prevent development works. “The opposition parties are working with an agenda to stop financial aid from the Centre and drag the government into legal tangles. Despite all odds, the government is moving forward and would complete the development works on priority basis, without any payment dues to benefit the public,” said the CM.

The officials informed the CM that the department has spent Rs 2205 crore towards 1168 repairs and special works under the R&B section, of which 675 works have been completed and 491 are in progress. Under NIDA-1, a total of 233 works are being carried out at an expenditure of Rs 2479.61 crore. In Panchayat Raj department, 1843 roads are being constructed at a cost of Rs 1072.92 crore. Besides these, the government is also taking up repair works at a stretch of 4635km.”