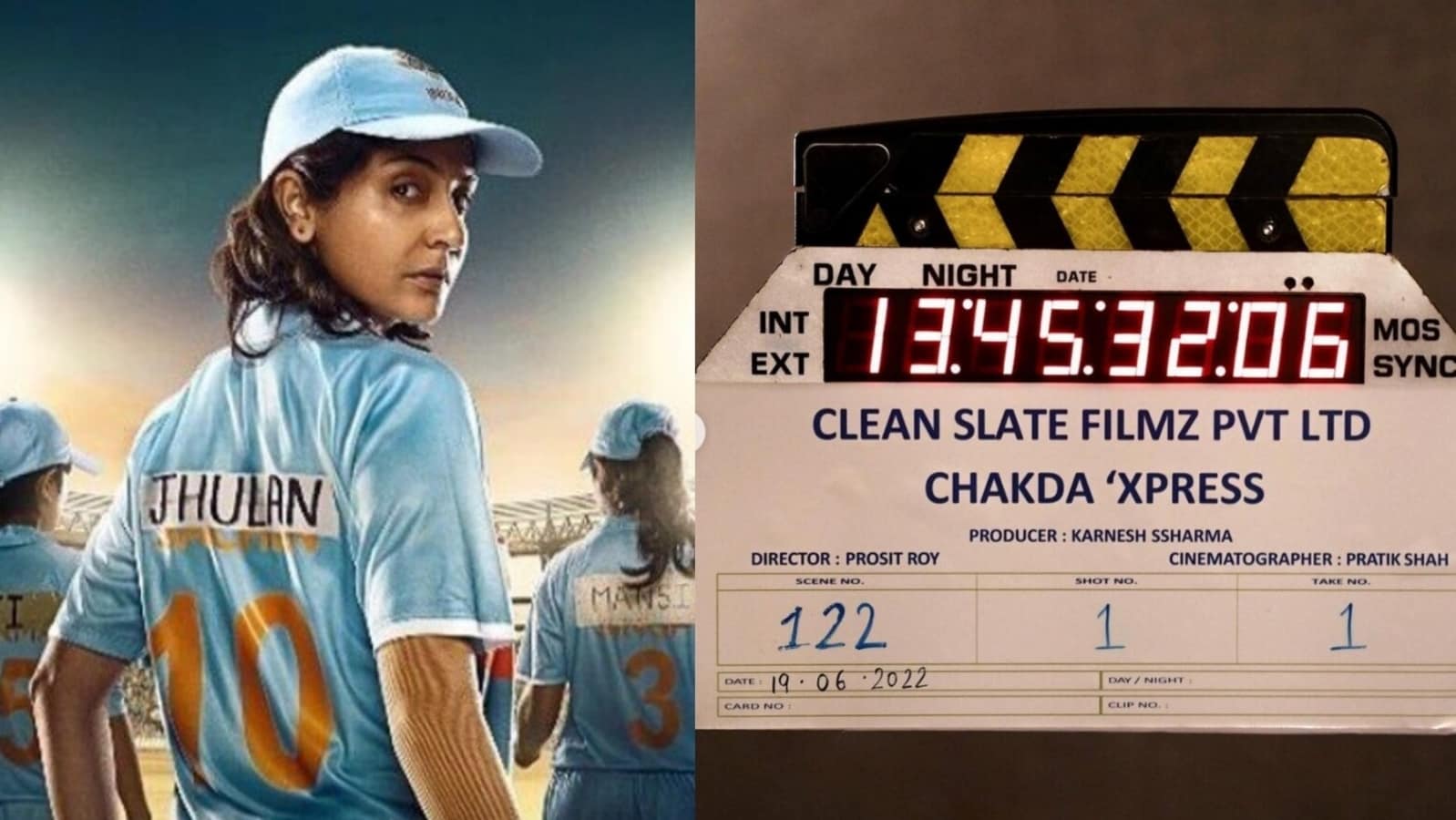 Actor Anushka Sharma started filming her upcoming project Chakda ‘Xpress, after months of cricket training. This will be her first movie, since the 2018 film Zero, which also starred Shah Rukh Khan and Katrina Kaif. On Sunday, Anushka took to Instagram, and shared glimpses from the set. Chakda ‘Xpress is inspired by the life of former Indian cricket captain Jhulan Goswami, and will stream on Netflix. (Also read: Anushka Sharma shares ‘shy’ beach pictures of herself from Maldives vacation)

Anushka shared a video of her vanity van with a picture of the film written on the door. She added a sneak peek of cricket balls which appeared to be taken from the film’s set. She wrote in the caption, “Back to where I belong.” The actor also received a welcome note with goodies from her brother Karnesh Ssharma who is backing the film under the banner of his production house, Clean Slate Filmz. Responding to the gesture, she added to him, “Thanks for the ‘must haves’ for this new journey! Most thoughtful crew.”

Fans gave their best wishes to Anushka in the comments section of her post. Her husband, cricketer Virat Kohli, dropped a series of heart emojis. Actor Ranveer Singh and cricketer Jhulan Goswami also reacted to the post with several emojis.

Directed by Prosit Roy, Chakda Xpress is based on the life of Jhulan, who became the second Indian woman cricketer to receive the Padma Shri in 2012. It marks Anushka’s comeback to acting after she took a break. Anushka and Virat’s daughter Vamika was born in 2021.

Anushka had announced Chakda ‘Xpress earlier in January 2022. Sharing a teaser, she wrote in her Instagram post, “Chakda Xpress is inspired by the life and times of former Indian captain Jhulan Goswami and it will be an eye-opener into the world of women’s cricket. At a time when Jhulan decided to become a cricketer and make her country proud on the global stage, it was very tough for women to even think of playing the sport. This film is a dramatic retelling of several instances that shaped her life and also women’s cricket.”