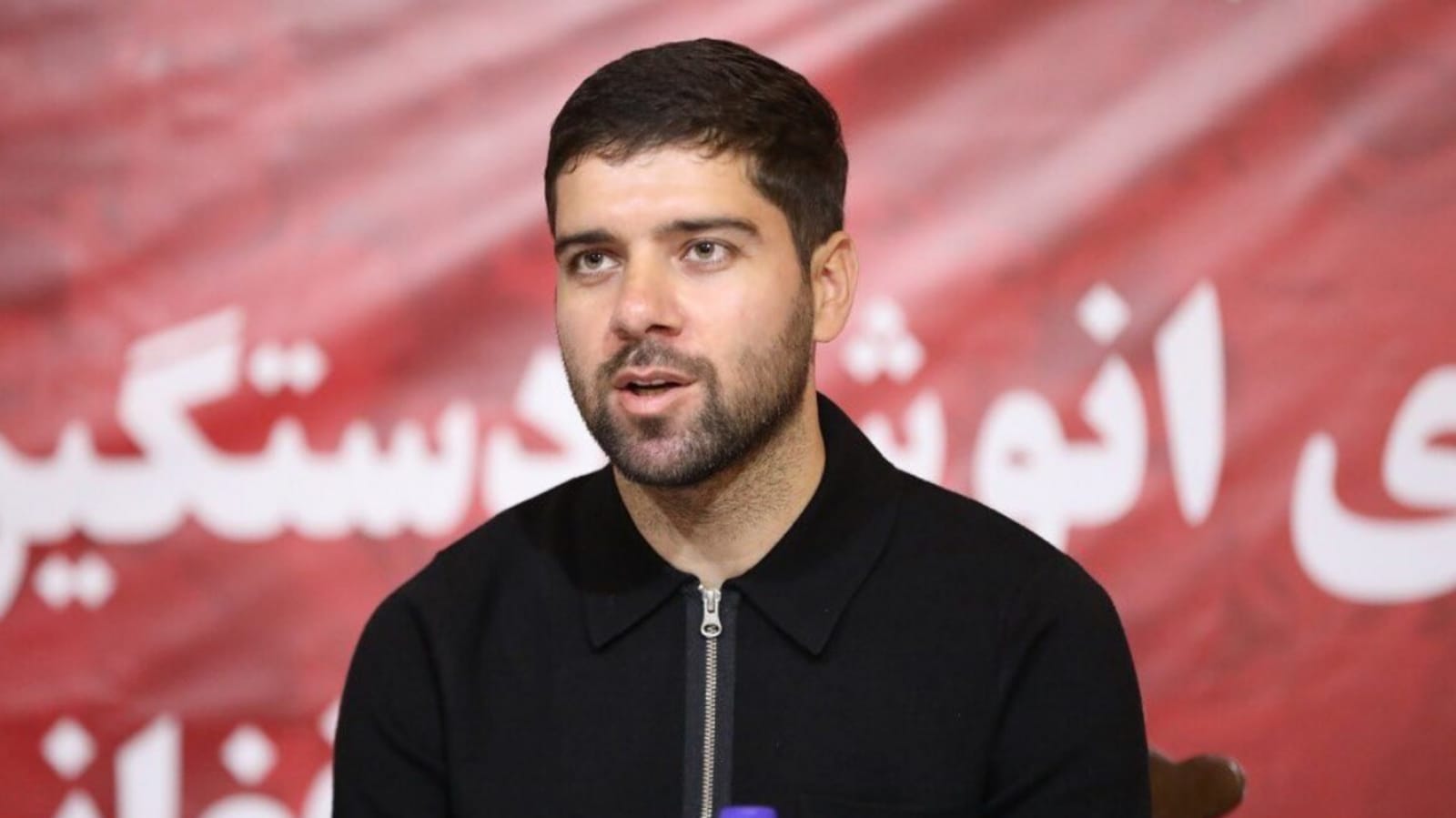 Afghanistan midfielder Faysal Shayesteh, who scored the opening goal in the AFC Asian Cup Qualifiers against Cambodia at the Salt Lake Stadium on Tuesday, initially ran towards the corner flag to celebrate. He, however, quickly turned around and sprinted towards coach Anoush Dastigir before his teammates joined to form a huddle. The emotions were obvious as this could well be Dastigir’s final match as Afghanistan coach, something that the 32-year-old had hinted while speaking to hindustantimes.com earlier in the afternoon.

“I had said that after the qualifiers my time is over. If we qualify, or we don’t qualify, my time is over, because I want to coach a club. Because as a young coach, you want to be on the pitch every day. And as a national team coach you’re doing more management things. So yeah, in Holland, I’m also coaching. But for me, it’s coming to an end, the federation hasn’t said that they are going to fire me or anything, because I still have a one-year contract. But for me, I feel like it’s enough,” said Dastigir.

Things have not been easy for Dastigir, who mentioned that he has a roster of less than 30 players to assemble a national squad. In fact, Afghanistan goalkeeper Faisal Ahmad Hamidi, who played against India, had only made two appearances, with the one against the hosts being his third in five months. He stays in Holland, where he also coaches the U-23 side of Almere City and waits for the international break to get some game time for the Afghan national unit.

“Coaching the Afghanistan national team is very different. It’s not similar like the other national teams in Asia. We have no league. The players cannot go from one city to the other, so most of my players are refugees who went to Holland or Germany all over the world. Like myself when I was 11. So only in the FIFA window they give you the players for nine days,” said Dastigir.

“So if you ask me, is there any future? It always starts with security first, with peace. Without peace it’s very hard.”

Taking us through his journey as Afghanistan coach, for which he was fully appointed in 2018, Dastgir said he has witnessed everything but football. “I started four years ago when I got my UEFA A licence and the plan was to qualify for the Asian Cup. And in these four years many things have happened. For example, the first month when I became the head coach of the national team, there was a lot of rumours about our federation, because there were some allegations about the president that he has raped some girl. Then I had just started the first month.

“Then after two months, the head sponsor stopped. That was my second month with the national team. And then a lot of problems after lots of problems in the federation. And then Corona comes, so one year we didn’t have training. After that the government fell. The four years we were fully busy with a lot of things. Actually, it was 30 percent football and 70 percent politics and everything,” the coach recalls.

Having graduated from the prestigious Johan Cruyff Academy in Holland, Dastigir was not always a football fan; in fact, he admired Sachin Tendulkar as a kid growing up in New Delhi’s Tilak Nagar. “I like Sachin Tendulkar, I haven’t seen cricket for a long time now but I know the rules. I was an Indian team fan and that time I always used to have a pen and paper where I used to keep a tab on the scores.

“I used to collect his posters, I think if we bought three Coca Cola, we used to get a poster. So when relatives used to come, I used to get happy because we used to buy Coca Cola and I picked a poster. I think from all the Indian memories, this is the best part,” he said.

Elaborating on his yesteryears in the Asian continent, which saw him and his family juggle between Afghanistan, Pakistan and India, Dastigir said they first settled in Islamabad and then moved to New Delhi after spending a year and a half in the Pakistan capital. They belonged to North Afghanistan, two kilometres from the Panjshir province, and his father was a member of the Northern Alliance with the late Ahmad Shah Massoud being their supreme leader.

“In 1989 when the war started, we moved to Pakistan first in Islamabad where we lived. After one and a half year we moved to New Delhi, where we lived for some years and then we moved back to Pakistan as the plan was to go back to Afghanistan because we didn’t want to live as a refugee. But again in 1995 the Taliban came and we moved back to Pakistan and we lived there for two-three years in Rawalpindi, Peshawar and even in Lahore. Every two-three months, we moved to a different place as it was not safe for my dad, who was associated with the Northern Alliance,” said Dastgir.

In Delhi, Dastgir’s family took shelter for over four years in a rented house in Tilak Nagar, which was owned by a man, who the coach fondly remembers as ‘Babuji’, before adding “he was my everything.” It was during his elementary school days in Delhi’s Navjeevan Model School, the coach picked cricket as a sport, something which he missed dearly when the family moved to Holland.

“We moved to India and we lived here for four years in Tilak Nagar and I was only playing cricket with my friends, and I was very good. And the first day in Holland I asked my dad, where can I play cricket because in the streets there is no cricket, he said in two weeks I’ll tell you. After three months, he said there is no cricket out here and I started crying because I loved cricket,” he added.

Dastgir’s footballing journey, which began at the Johan Cruyff Academy, soon led him into Dutch top-tier club NEC Nijmegen, where he used to play as a midfielder. “I used to play for a club in the village before I was roped in by NEC Nijmegen. When I was 15, they took me into the academy and I played there for five years before I moved to VVV-Venlo, where Keisuke Honda has played. That time he was a star and I just came from U-19,” he said.

With his eyes now set on expanding his coaching aspirations, Dastigir keeps India as an option, which he believes produces players “who see football as their only way to survive in life.”

“I would like to coach a club in India, what I like in Asia is the commitment of the player. In Europe the players have the quality, but if I compare the youth players of India and Afghanistan to Holland, these guys see football as a life.”

When asked about his aspirations to feature in the ISL or I-League, Dastigir responded: “I don’t consider myself too big for the I-League but a team who wants to go to the ISL, and not just stay in the I-League. Because I’m also coaching the U-23 of Almere City. The team plays in the top tier and they became the champion.

“And I asked my wife, if you would want to go out if I coached outside Holland, she said if India, yes!”