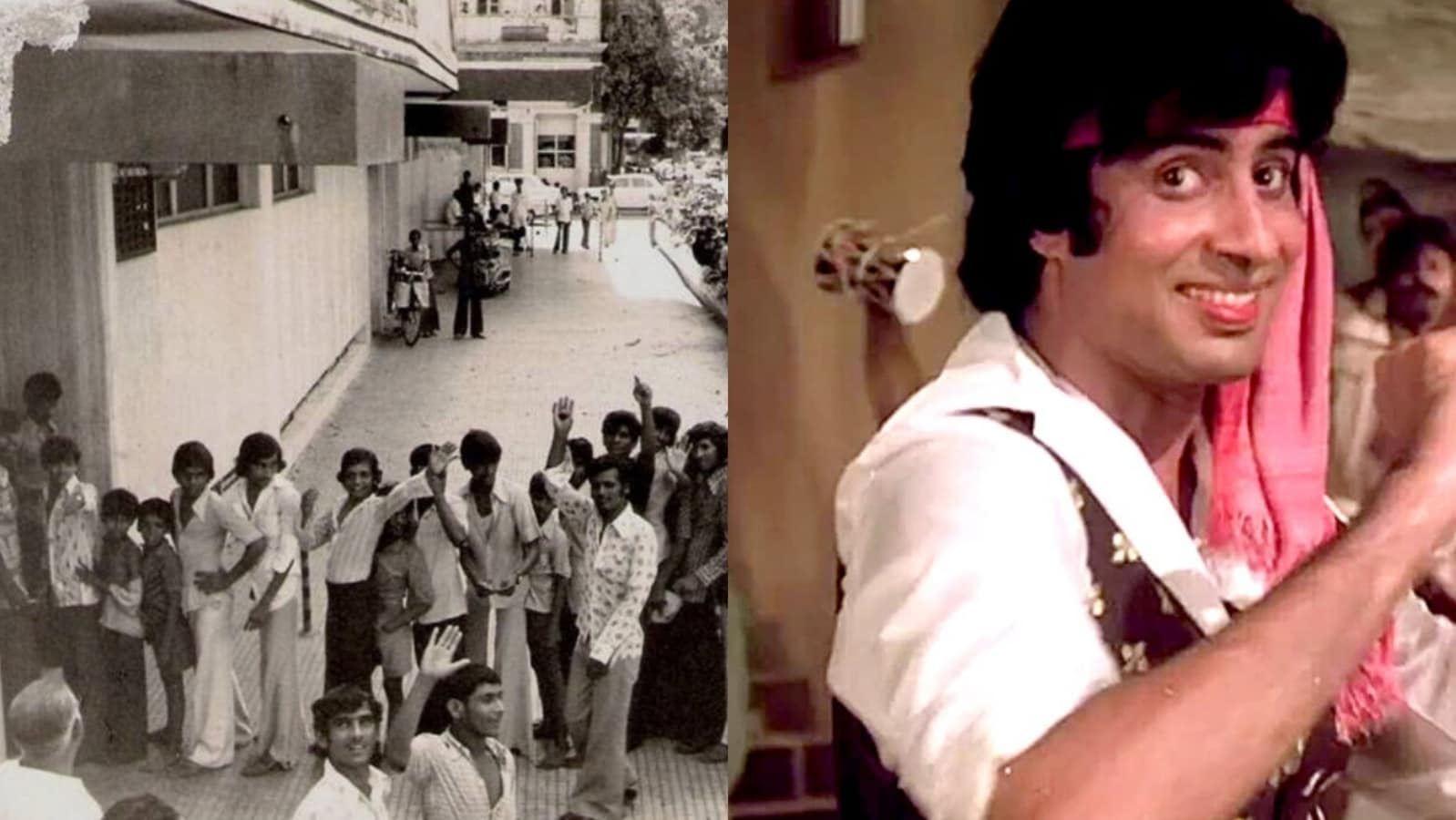 Actor Amitabh Bachchan took a walk down the memory lane on social media on Friday. He shared a monochrome picture of fans waiting in long queues to book the tickets for his film Don in 1978. Recalling how these lines outside the ticket window used to be a mile long, he said, “Advance booking of my film Don! And they said that the queues were a mile long.” (Also read: When Jaya Bachchan said Amitabh Bachchan ‘frightened’ her. Watch their old video)

Amitabh also recalled delivering back-to-back five box office hits in 1978. He added to the post, “.. released in 1978 .. 44 years !! And these were also released same year : Don, Kasme Vaade, Trishul, Muqaddar Ka Sikandar, Ganga Ki Saugandh…5 Blockbusters in one year!! Some of them ran more than 50 weeks (at the box office) Kya din the wo bhi (Good old days).”

The nostalgic post has now grabbed the attention of fans and celebrities, such as Maniesh Paul. Reacting to it, a user wrote in the comment section, “Sir your performances in those movies were extra ordinary. Superb acting.” “That’s why you are the Superstar of Millennium, added another one. Someone else commented, “I had watched Don at the film centre. My dad was an assistant cinematographer in Don. I was the fortunate one to watch you (in) Khaikhey Paan at Mehboob studios.”

Amitabh Bachchan will be next seen in Ayan Mukerji’s upcoming film Brahmastra. The three-part fantasy epic will star Ranbir Kapoor, Alia Bhatt, Nagarjuna and Mouni Roy. In the film, Amitabh will appear as Professor Arvind Chaturvedi. His first look poster from the film was unveiled earlier this month where his character was introduced as Guru, the wiser leader who holds the Prabhastra: The Sword of Light. The film will release on September 9.

Apart from this, Amitabh has also Goodbye, Project K and Uunchai in the pipeline. The actor is also returning as the host of Kaun Banega Crorepati for the show’s new season.