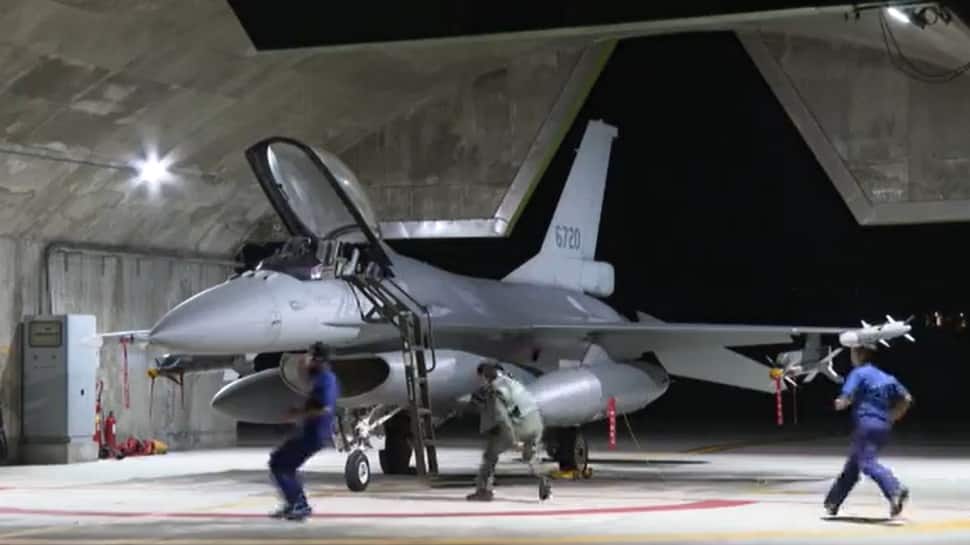 A recent visit of US House Speaker Nancy Pelosi to the island of Taiwan has sparked tensions between China and Taiwan. Pelosi visited the nation as part of her tour of the Indo-Pacific region, which resulted in military tensions after China deployed multiple fighter jets inside Taiwanese borders showing their military might. This, however, hasn’t gone well with both the US and Taiwanese government. The Taiwanese Air Force (ROCAF) recently showcased its United States-made the Lockheed Martin F-16V fighter jets and performed a “combat readiness” demonstration “to show its determination to defend the island”.

The F-16V is the most advanced fighter jet with the island nation. As seen in the videos shared by the Air Force, a rare nighttime exercise was performed by the ROCAF, demonstrating the F-16V fighter’s payload with a US-made anti-ship missile AGM-84 Harpoon.

VIDEO: In the wake of China’s unprecedented military drills, and with tensions in the region at a peak, Taiwan puts on its own show of force and displays its most advanced fighter jet, the US-made F-16V. pic.twitter.com/nWmJohqgg8
— AFP News Agency (@AFP) August 19, 2022

Although not anywhere near in comparison to the China’s home-made JF-17 and J20 Chengdu fighter jets, the F-16 is the backbone of the Taiwanese Air Force’s fighter jet fleet and were acquired in 1992, as part of the Peace Fenghuang program. Taiwan placed an order for 150 F-16A/B-20 aircrafts, among the best at the time.

Later, the F-16 received regular modernization updates with added avionics, weaponry and other additions. In 2020, another 66 new-gen F-16 fighter jets were ordered from the Lockheed Martin, one of the largest fighter jet makers in the world, also manufacturing planes like F-22 Raptor and F-35 Lightning II, both Gen 5 advanced fighter jets.