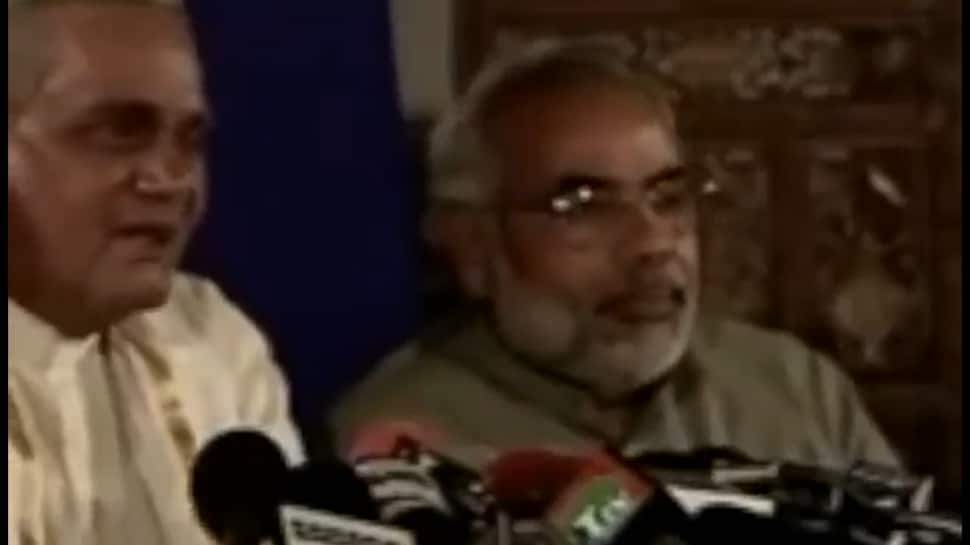 New Delhi: Hours after the centre blocked multiple YouTube videos and Twitter posts sharing links to the BBC documentary on PM Narendra Modi, the Congress on Saturday criticised the government for the ‘censorship’ over series. Taking a jibe at PM Modi, it asked why had the then prime minister Atal Bihari Vajpayee reminded Modi of ‘raj dharma’ after the 2002 Gujarat riots. BBC’s latest documentary series ‘India: The Modi Question’ has triggered a political row in the country. The BBC claims it investigated certain aspects relating to the 2002 Gujarat riots when Prime Minister Narendra Modi was the chief minister of the state. The series aired by the UK’s national broadcaster also sparked outrage and condemnation from prominent Indian-origin UK citizens, as well as the Indian government.

Multiple YouTube videos sharing the first episode of the BBC documentary “India: The Modi Question” were blocked on Saturday as per the directions issued by the Ministry of Information and Broadcasting. Along with YouTube videos, the Centre has also directed Twitter to block over 50 tweets containing links to the concerned YouTube videos.

Reacting to the developments, Congress general secretary in-charge communications Jairam Ramesh said on Twitter, “PM and his drumbeaters assert that the new BBC documentary on him is slanderous. Censorship has been imposed.” “Then why did PM Vajpayee want his exit in 2002, only to be pressured not to insist by the threat of resignation by Advani?” he said.

Why did Vajpayee remind him of his ‘raj dharma’, Ramesh asked. The Congress leader also attached a video clip of Vajpayee talking about “raj dharma” with the then Gujarat chief minister, Modi, sitting next to him.

PM and his drumbeaters assert that the new BBC documentary on him is slanderous. Censorship has been imposed. Then why did PM Vajpayee want his exit in 2002, only to be pressurised not to insist by the threat of resignation by Advani? Why did Vajpayee remind him of his rajdharma? pic.twitter.com/wwUkDQvlXi
— Jairam Ramesh (@Jairam_Ramesh) January 21, 2023

AICC general secretary organisation K C Venugopal had on Friday alleged that Modi “is still scared of the truth about 2002 coming out 21 years later”.

The MEA had condemned the BBC Panorama programme, which has not been screened in India, alleging it was designed “to push a particular discredited narrative”.

“The bias, lack of objectivity and continuing colonial mindset is blatantly visible,” MEA spokesperson Arindam Bagchi told reporters during a press briefing in New Delhi on Thursday when asked about the controversial series.