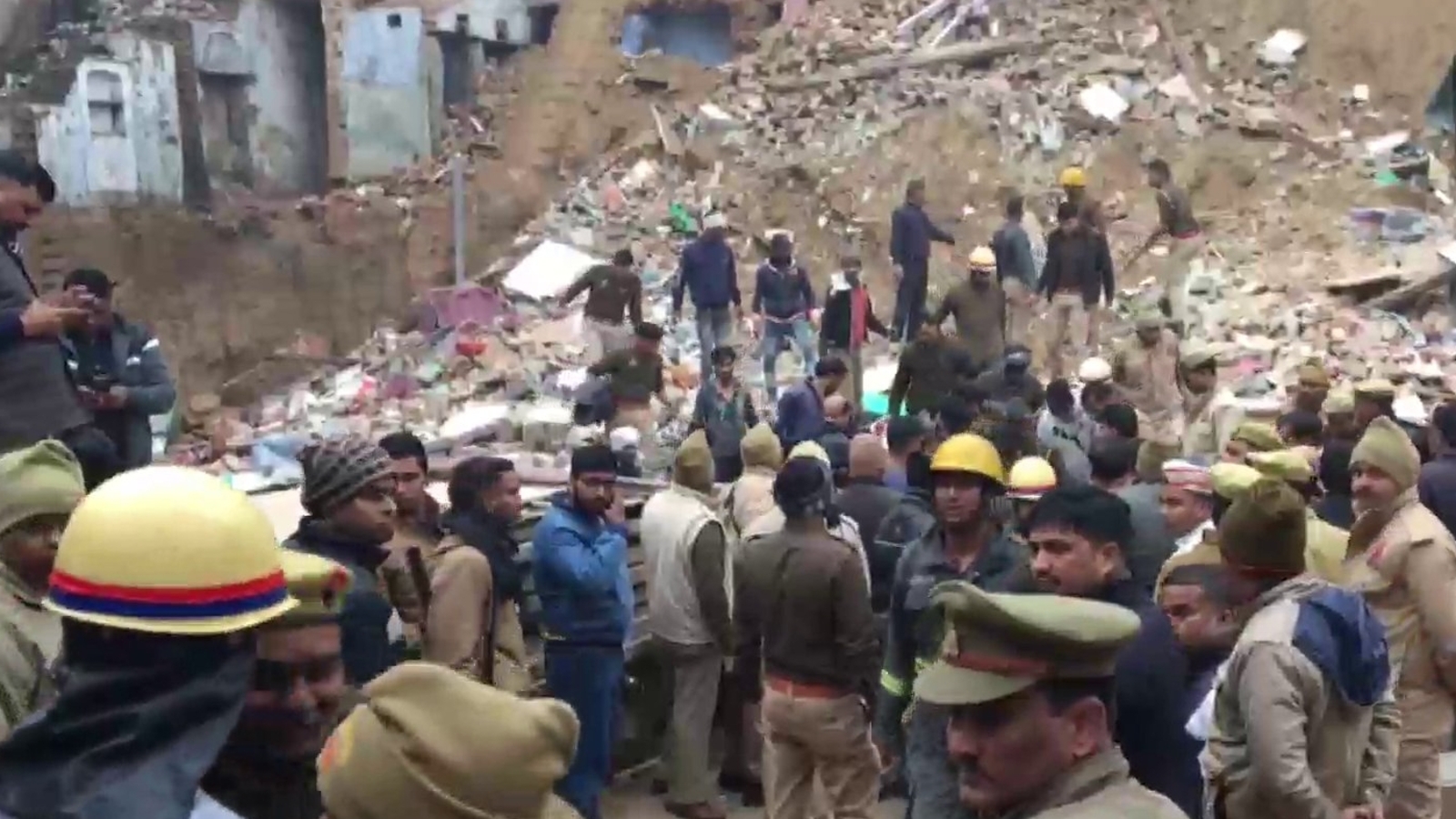 An excavation work at a dharamshala in Uttar Pradesh’s Agra on Thursday morning turned fatal as a four-year-old girl was killed and a few others were injured after six houses collapsed, news agency PTI reported.

Deputy commissioner of police (City) Vikas Kumar the incident took place around 7am. He said the excavation work was going on in a dharamshala in Tila Maithan locality near Agra City Railway Station. But six houses and one temple were collapsed due to its impact.

“Three persons were trapped under the debris. They were identified as Vivek Kumar and his two daughters – Videhi, 5, and Rusali, 4,” PTI quoted Kumar as saying. They were taken to a hospital where Rusali died.

Manoj Verma, another resident whose house collapsed in the incident, told PTI, “With the grace of god the incident happened in the morning when very few people were in their houses. Had it happened at night, many people would have been trapped.”

The police have begun a probe into the matter.

The incident took place two days after Samajwadi Party spokesperson Abbas Haider lost his wife and mother in a multi-storey building collapse in Lucknow. The five-storey Alaya Apartments in the Hazratganj area in the Uttar Pradesh capital collapsed on Tuesday evening, trapping more than a dozen people under it.

(With inputs from PTI, ANI)