Agniveers to get 10% of defence, CAPF jobs 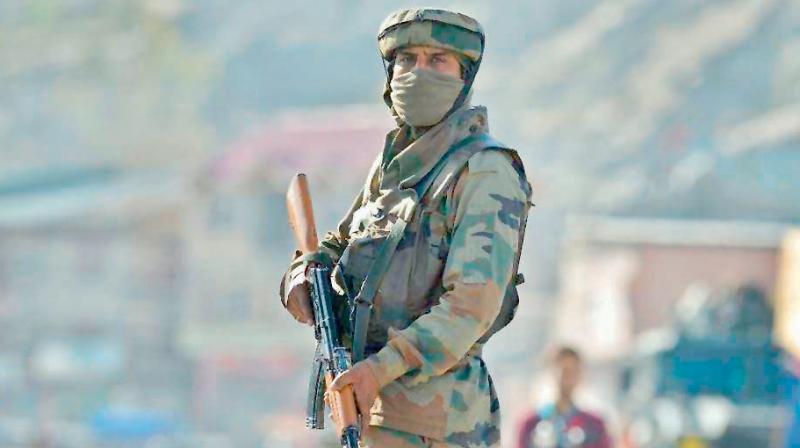 New Delhi: Centre on Saturday swung into action to quell the disquiet among the young aspirants against “Agnipath”, the new recruitment policy for soldiers in the defence forces, and announced a slew of job opportunities in various sectors for the “Agniveers’ after they complete their four-year stint.

Defence minister Rajnath Singh on Saturday approved a proposal to reserve 10 per cent of the job vacancies in the ministry of defence for Agniveers meeting the requisite eligibility criteria. The 10 per cent reservation will be implemented in the Indian Coast Guard, defence civilian posts and all the 16 DPSUs.

This reservation in jobs would be in addition to existing reservations for ex-servicemen.

The civil aviation ministry in a tweet said that it will offer opportunities to Agniveers in various fields, including air traffic services, aircraft technician services, maintenance, repair and overhaul of aircraft, meteorological and air accident investigator services and in-flight safety, among others.

The Directorate General of Shipping under the ministry of ports, shipping and waterways (MoPSW) on Saturday announced six service avenues in which Agniveers from the Indian Navy will be inducted into the Merchant Navy.

Anurag Thakur, Union minister for information and broadcasting and youth affairs and sports, said that the ministry of youth affairs and sports is also mulling to do something for the Agniveers. “To provide some crash courses and to provide training to those who want to become physical education teachers. 15 lakh physical education teachers’ posts are lying vacant in various states. We’re thinking in this direction also,” he said.

Several state governments, including UP, Haryana, Uttarakhand and Assam, have said that they will give preference to Agniveers in the police forces of their respective states.

In order to identify ways in which the banks and financial institutions can support the Agniveers on completion of their tenure of duty, Department of Financial Services (DFS) secretary has held a meeting with chief executives of public sector banks (PSBs), public sector insurance companies (PSICs) and financial institutions (FIs). In the meeting, it was decided that PSBs, PSICs and FIs would explore employment opportunities for Agniveers in suitable capacities based on their educational qualifications and skills through suitable benefits and relaxations.

It was also decided that banks would explore the possibility of supporting Agniveers through suitable credit facilities for skill upgradation and education for setting up businesses and to take up self-employment. The existing government schemes such as Mudra and Stand Up India would be leveraged for extending such support to Agniveers.

The defence minister on Saturday held a meeting at his residence with the service chiefs on the Agnipath scheme. Navy chief Admiral R. Hari Kumar and IAF chief Air Chief Marshal Vivek Ram Chaudhari were present during the meeting.

Air Chief Marshal Chaudhari on Saturday termed the Central government’s decision to reserve vacancies for Agniveers in CAPFs and Assam Rifles as a “very positive step” and asked the protesting youth to gather “correct information” and get their doubts about the scheme clarified instead of resorting to violence.

“It’s a very positive step. This is one assurance that the people, who are going to leave services after four years of tenure, were waiting for this. I’m sure that this will be followed by many other such announcements and will definitely assuage issues that have been brought up by the youth,” he said.

The defence ministry has already announced that it has decided to increase the upper age limit for the recruitment of Agniveers from 21 years to 23 years for the recruitment cycle of 2022. The decision was taken in view of the fact that recruitment was not possible for the last two years due to COVID-19.