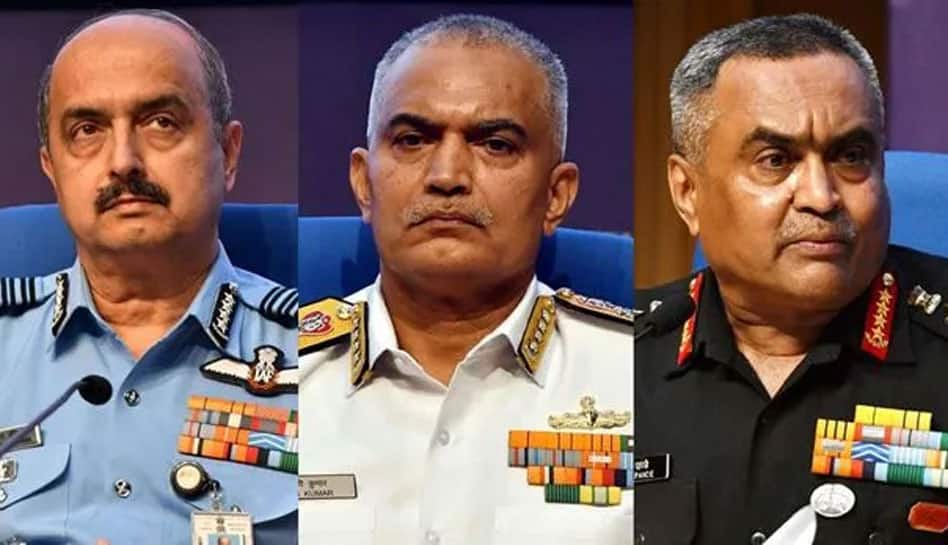 NEW DELHI: The three service chiefs are expected to call on Prime Minister Narendra Modi separately on Tuesday to brief him about the Centre’s Agnipath scheme as well as their plan for its implementation. The meetings are being planned amid widespread protests in several states against the new military recruitment scheme.

It is learnt that the chiefs would apprise the Prime Minister about various aspects of the implementation of the scheme. However, there is no official word about the meetings between the prime minister and the service chiefs.

Several parts of the country witnessed violent protests after the new military recruitment model was announced on June 14. The Agnipath scheme provides for the recruitment of youths between the age bracket of 17-and-half years to 21 for only four years with a provision to retain 25 per cent of them for 15 more years.

Days later, the government extended the upper age limit to 23 years for recruitment in 2022. The personnel to be recruited under the new scheme will be known as ‘Agniveers’.

Several opposition parties, as well as military veterans, criticised the scheme questioning the four-year tenure for 75 per cent of the recruits. The government has been strongly defending the scheme, saying the “transformative reform” measure for recruitment into the armed forces will provide an opportunity to the youth to serve the nation.