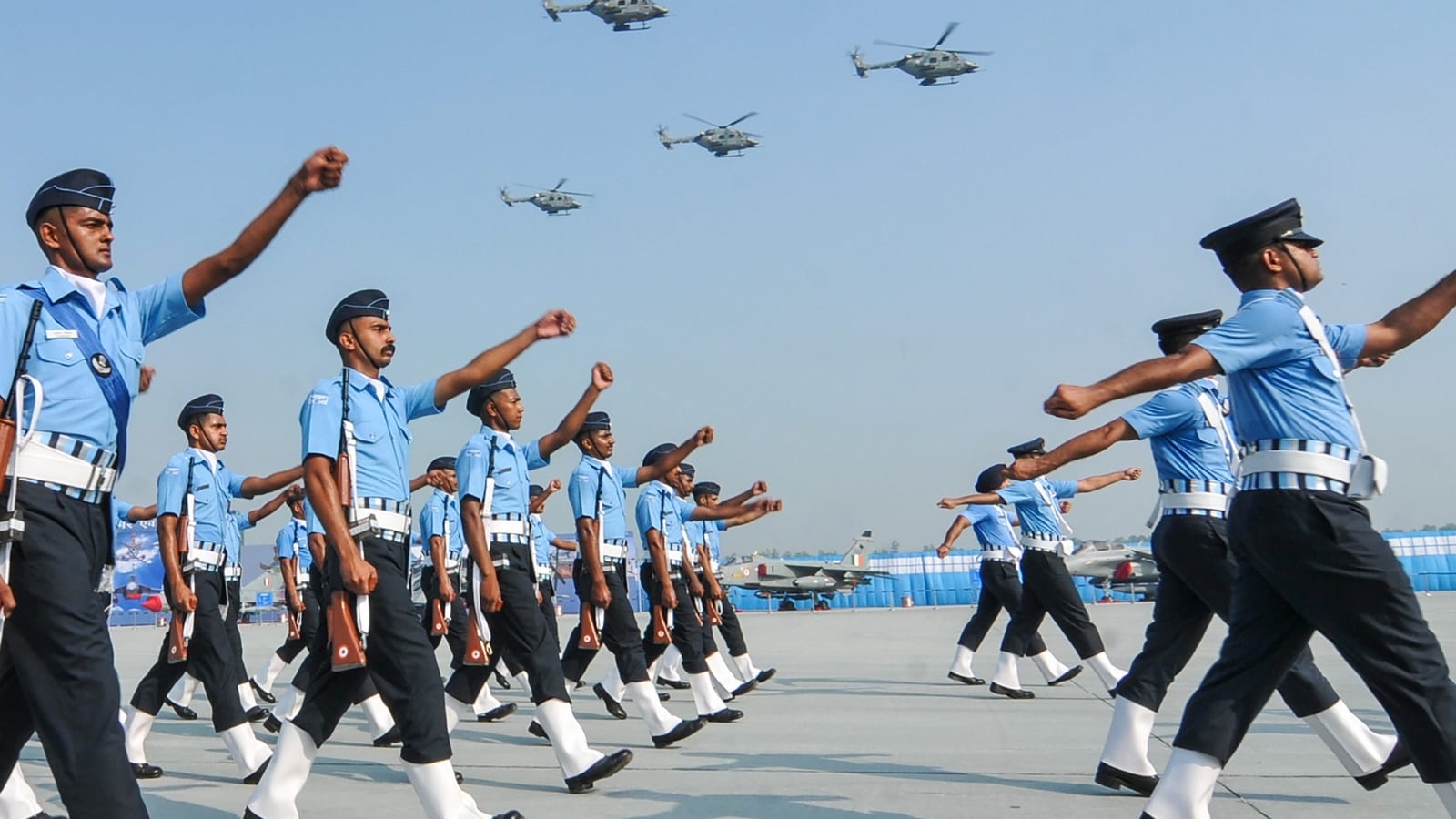 The registration for the first batch of Agniveers- the recruits of the new military Agnipath scheme- for the Indian Air Force (IAF) begins Friday and the online examination will be held exactly a month later (July 24). “Registration process for the first batch of Agniveers will start from June 24. The Phase 1 online examination process would start on July 24. The first batch would be enrolled by December and training would commence by December 30,” Air Marshal SK Jha said during the joint press conference of the tri-services held on June 19.

Once enrolled into the IAF, Agniveers will be governed under the Air Force Act 1950, for four years.

“Endeavour will be made to enroll candidates as Agniveers from all parts of the nation, utilising contemporary technology, specialized rallies and campus interviews at recognized technical institutes such as Industrial Training Institutes, NSQF etc,” a statement issued by the IAF read.

The statement added that Aginveers will form a distinct rank in the IAF, different from any existing rank. For Agniveers below the age of 18, the enrolment form will need to be signed by the parents or guardians, in accordance with extant provisions. The selection process will be held in two phases and only those candidates who clear Phase 1 will be eligible to appear for Phase 2.

The Air Force recently released a detailed notification that lists out the eligibility criteria, examination fee, terms and conditions, age limit, medical standards, financial benefits including salary, insurance and the procedure for the Phase 1 and Phase 2 selection process.

The link of the detailed notification can be accessed from here

Apart from the IAF, the army also issued a notification on June 20 for the recruitment of Agniveers under the scheme which gave information regarding pay package, conditions of service, eligibility etc.

For the navy, the specific recruitment guidelines will be issued by June 25, Vice Admiral Dinesh Tripathi said on June 19. From November 21 the first naval ‘Agniveers’ will begin training at the base in Chilka in Odisha, he said. Both female and male ‘Agniveers’ will be recruited, and female ‘Agniveers’ could also be deployed on warships, he added.

India has seen protests in several states against the recruitment scheme since it was revealed earlier this month.