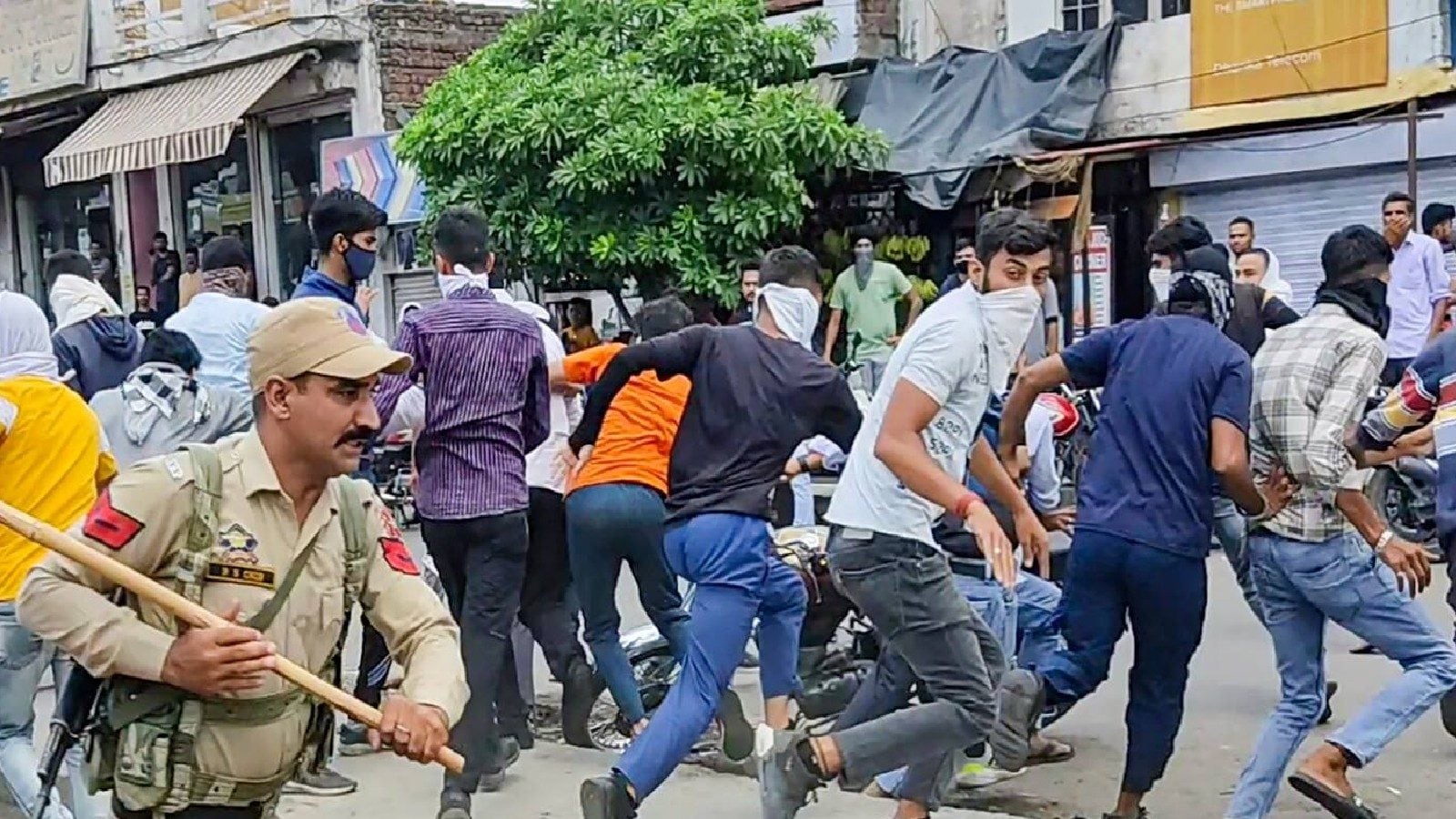 The June 17 violence at Secunderabad railway station was pre-planned and the owners of coaching centres played a key role by instigating the youth, investigations by the railway police revealed.

The youth, who indulged in violence, had reached Hyderabad from different parts of Telangana a day before and came with bottles filled with petrol.

CCTV footage at the station also shows that they conducted recce before creating the mayhem. An official said the protesters entered the station from three sides. While 300 youths went on a rampage, over 1,500 protesters later joined to support them.

According to the Government Railway Police (GRP), coaching centres, which train youngsters aspiring for army jawan jobs, played a role in instigating the violence

About 2,000 aspirants from Telangana and Andhra Pradesh had cleared the physical test and were awaiting the written test to be conducted. However, the written test was postponed six times due to various reasons, including the Covid-19 pandemic. After the Centre announced the Agnipath scheme on June 14 and the written exam was cancelled, the aspirants were agitated.

They approached the coaching institutes which cited anti-Agnipath protests at a railway station in Bihar, where a train was burnt and said that if something similar was done here, it would draw the attention of the Central government, said Superintendent of Police GRP-Secunderabad, B. Anuradha.

Anuradha said owners of many other such coaching centres are now being identified. The protesters were mobilised through WhatsApp groups created on June 16.

She said 46 persons have been arrested so far and the investigations were on to identify and arrest others who indulged in violence.

The Railway police booked the accused under sections 150, 151, and 152 of the Indian Railway Act, and other laws. The official pointed out that conviction under section 150 could lead to life imprisonment.

The youth who have been booked will be ineligible to get a job in the army or in the government sector.

Anuradha said that it was a surprise attack. Protesters, who held an unlawful assembly, were armed with sticks and petrol. After entering the station, they started damaging CCTV cameras and display boards and then torched railway coaches and other property.

The official confirmed that it was the Railway Protection Force that opened fire to control the situation. A total of 20 rounds were fired during the protests. Of those, she said, one was a bullet and the rest were pellets.

One of the protestors D. Rakesh (22) died of a bullet injury. Thirteen others were hit by pellets and they are undergoing treatment at Gandhi Hospital.