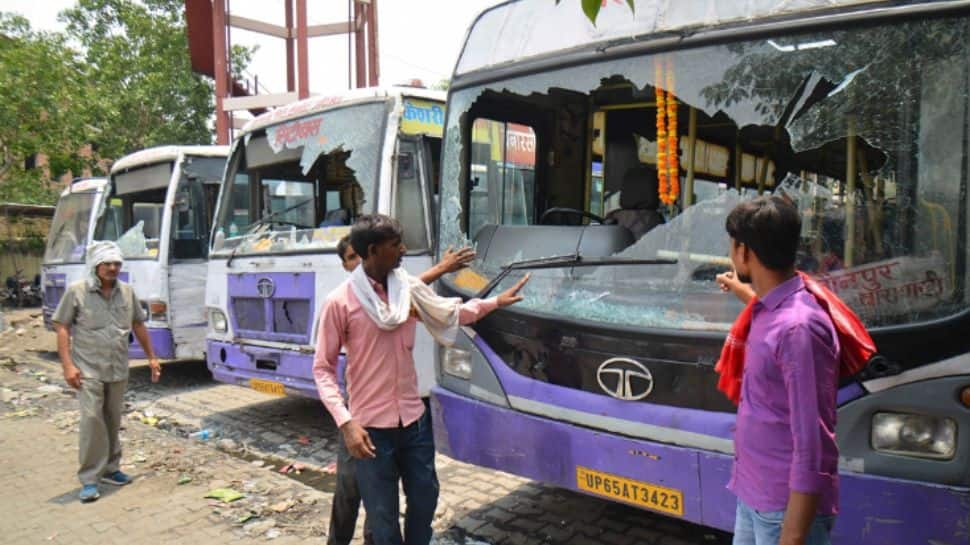 Varanasi: Violent protests against Agneepath scheme have spread across the state of Uttar Pradesh. Trains have been burnt and public property has been vandalized in several places. In Uttar Pradesh, the Yogi government had already created a controversy by demolishing the houses of those involved in such violent vandalism with bulldozers. This time, the Varanasi administration has gone a step further and said that in the name of protest, they will recover the compensation from the destroyers of government property.

This was stated by an official of Varanasi municipality on Tuesday (June 21). District Magistrate Kaushal Raj Sharma said that 36 buses were damaged in the protests on June 17 and caused a loss of Rs 12.97 lakh. He added that 27 people have been arrested in the case so far. Several other people have been identified for indulging in vandalism.

A Varanasi Municipality official also said that a list of government properties which were destroyed during the protests is also being prepared by the administration to collect compensation from those involved in the vandalism. He added that more information about those involved in such acts is being collected from government employees.

Information on violent protestors is being gathered

Information on violent protesters is also being collected from ‘secret’ sources in rural areas of Varanasi and from officials of other districts too. Earlier, the Magistrate of Varanasi had appealed to the youth saying that they should not be ‘misled’ with the Agneepath project and indulge in any chaotic activity which could ruin their future.

Incidentally, a large section of the country’s military leadership has also said that applicants for the Agneepath project should be told that they did not take part in any kind of arson or violent movement against the project.

Lt Gen Anil Puri, Additional Secretary, Department of Military Affairs, said, “The foundation of the Indian Army is discipline. There is no place for arson and vandalism. Applicants for the Agneepath project will have to give a declaration to each person that they were not part of the anti-Agneepath protest or vandalism. Police verification is 100 per cent necessary and without it no one can join the fire. And the police will also conduct a proper investigation into this announcement.