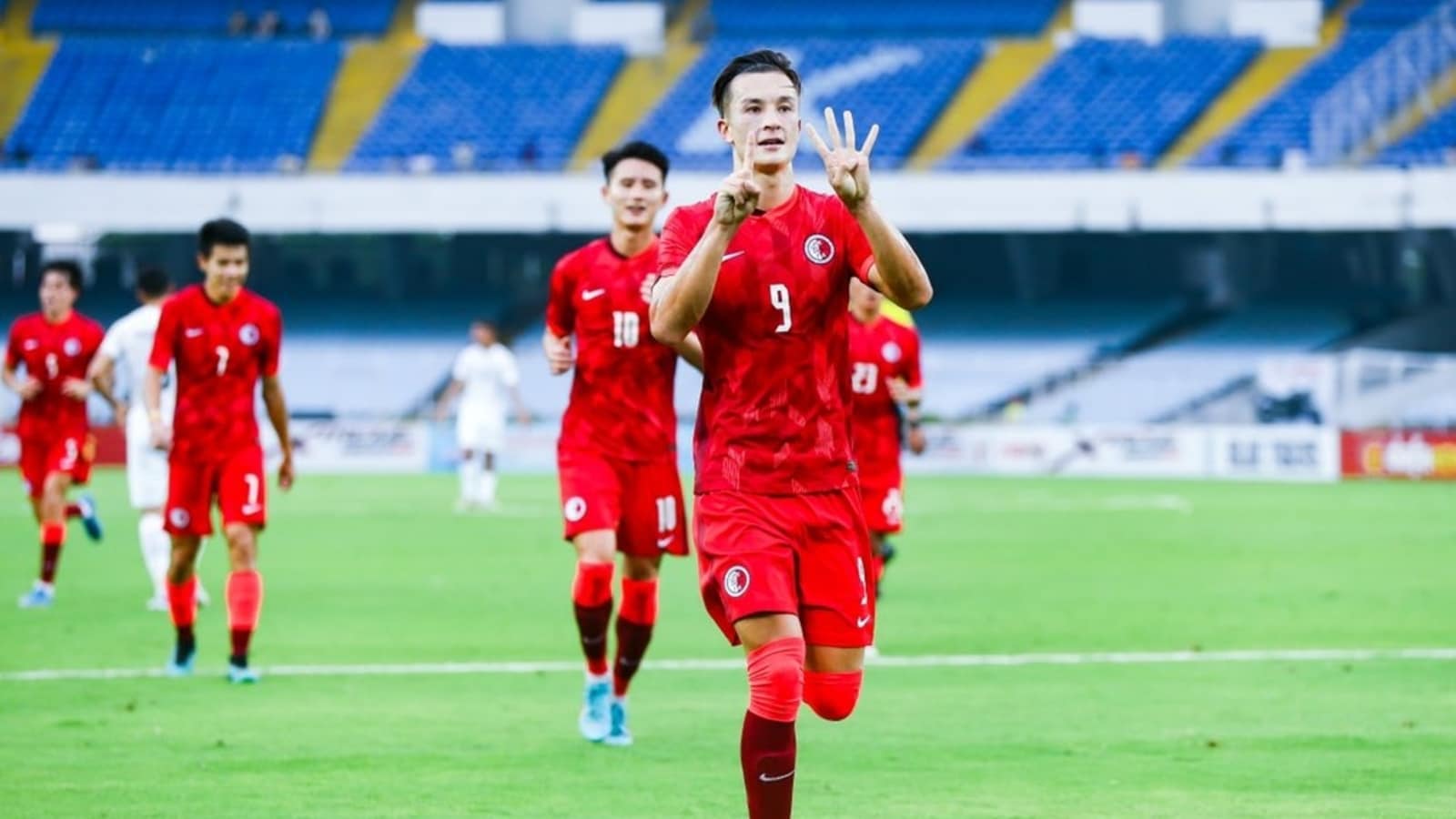 Hong Kong’s superb show at the ongoing AFC Asian Cup qualifiers continued as they secured their second win on the trot. The team had defeated Afghanistan 2-1 in their opening encounter and on Saturday they secured a resounding 3-0 win in an important clash over Cambodia, following which they moved top of the Group D table with six points. India, who will be playing Hong Kong next, too have the same number of points as the latter but are placed second in the table due to an inferior goal difference.

Matt Orr, who scored one of the three goals in the match, believes the unit executed the plans brilliantly and hopes for a repeat against India, which is scheduled to be played on June 14.

“I think we played well and after scoring three goals we took the pressure off a little bit and eased off. It was important for us to score early and we really needed to get a win, so I’m happy.

“We have a good chance of qualifying now as second place or the first place and qualification is very important because we will be making history.” the Hong Kong no 9 told hindustantimes.com after the match.

In fact, Orr believes that the team is brimming with confidence and can also go on to finish as the group leaders. The 25-year-old striker is currently experiencing rich form, scoring one goal each in both the matches Hong Kong played. This will be the first time the striker will be playing against India and looks forward to playing in front of the Indian supporters.

“It’s the first time I’ll be playing against India. Against Cambodia they had a packed stadium, so I’m looking forward to playing in front of the Indian fans,” he said.

Like many, Orr too has been affected by the weather and says his teammates are still struggling due to it. “It’s really hot, I’m not going to lie. We are struggling to adapt to the humidity and it’s crazy as we lose energy too quickly. But we have played two games and we are getting used to it and there is no excuse as it is football. We are over here to win the game so we’re going to give our best,” the forward said.

Meanwhile, Hong Kong coach Jørn Andersen, who is a former Eintracht Frankfurt player, also hails the performance his boys have displayed so far despite the lack of practice coming into the competition.

“It was four months of lockdown, so four months no good work for me or the team. But we used the time after we went to Thailand where we were together for a few weeks, we trained a lot, we trained hard and we made some important meetings where we agreed which style we wanted to play. Play offensive or hard pressing, playing style creating chances, making goals. That is what people want to see on the field, not slow old game football,” the coach said during the post-match press conference.

Sharing his views on meeting India, the outcome of which will decide the fate of Group D table, Andersen said: “Our main task is to go to the finals. For us it doesn’t matter if we are second or first. Of course now we have six points, we are confident and we’ll be playing India at this stadium, maybe 20,000 fans and it can be a good motivation for us too. But for us if six points is enough for second place, I’m really happy.”

Microsoft Teams Now Gives You Captions And Transcript In Hindi: How It Works