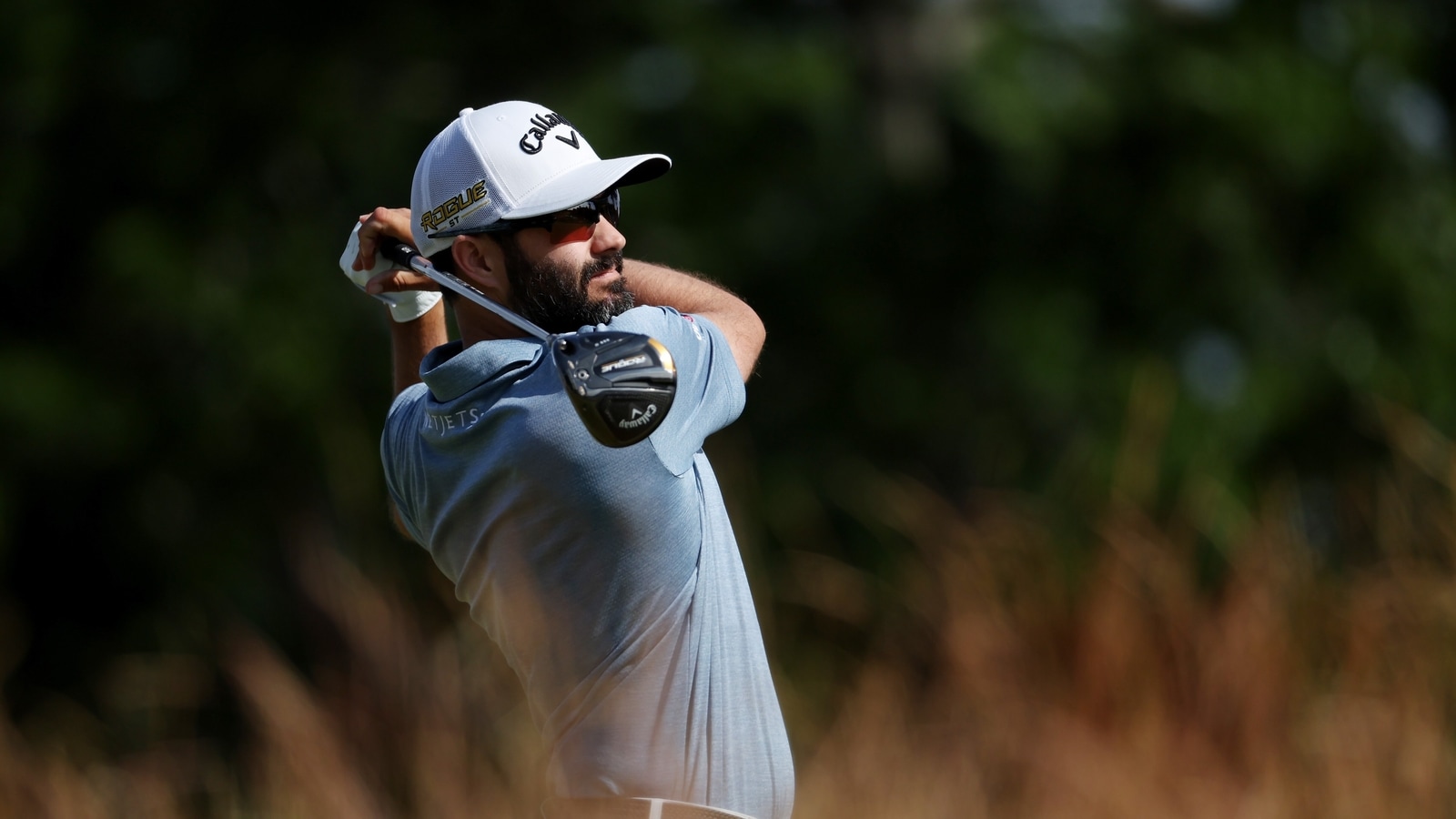 Adam Hadwin of Canada fired a 4-under-par 66 late Thursday to secure the first-round lead in the U.S. Open at The Country Club in Brookline, Mass. Hadwin moved ahead of Rory McIlroy, who shared the lead at the conclusion of his round and ended up in a five-way tie for second place at 3-under 67.

Hadwin compiled five birdies in a six-hole stretch to make the turn at 4-under 31. That included three straight birdies at Nos. 7-9, with his second shot at the par-4 ninth rolling to inside 3 feet of the pin.

“Not much better of a start to a U.S. Open … that you can ask for,” Hadwin told reporters. “I did a lot of good things. Got on a nice run there midway through the front. Then I kind of just held down the fort there the last little bit. Some key up-and-downs. Made a nice one from the fringe on 13. Just doing a lot of good things.”

“Sixty-six at a U.S. Open to take the first-round lead is incredible,” Hadwin said. “It’s amazing. It’s something … nobody can ever take away from me at this point, but I have bigger things in my mind.”

McIlroy entered as the odds-on U.S. Open favorite after he won the RBC Canadian Open on Sunday. He stayed hot, starting his day on the back nine with two birdies before holing back-to-back birdies at the seventh and eighth holes to reach 4 under.

But a tough shot from off the ninth green left him a long par putt he couldn’t convert, and his only bogey of the round left him out of the outright lead at the end of the day.

“I wanted to try to shoot a round of golf on a really tough course without making a bogey,” McIlroy said on the NBC broadcast. “I achieved that for 17 holes and then didn’t quite save par there at the last. But overall a really good day. Had some really good par savers. Hit the ball pretty well and it’s a great start to the tournament.”

Dahmen, 34, started on the back nine and heated up late, with birdies on three of his final five holes to join McIlroy and the early co-leaders. Dahmen made birdie at three of the four par 3s.

Tarren was even through 15 holes before going birdie-eagle at the par-4 seventh and par-5 eighth to shoot up the leaderboard. Tarren’s second shot at No. 8 nestled inside 5 feet for an easy eagle. Ranked No. 445 in the world, the 32-year-old has never won on the PGA Tour or DP World Tour.

Lingmerth is a PGA Tour veteran who won his only career title in 2015. He entered the week ranked even lower than Tarren — No. 592 in the world. He stayed bogey-free with three birdies.

Johnson, the 2016 U.S. Open champ, played in the late wave in his first appearance since leaving the PGA Tour for LIV Golf. He carded four birdies to counteract two bogeys.

Rose, the 2013 U.S. Open winner, started on the back nine and posted a colorful card featuring five birdies and three bogeys. He settled in from there, with one more birdie and bogey on the front nine.

Rahm made a wild birdie at No. 18 to finish his round. After his drive missed badly left, he was granted a free drop from behind a media tower after someone ran off with his ball. He found the edge of the green and drained a 21-footer for birdie.

Phil Mickelson was tied for 144th after an 8-over 78. After taking a three-month pause from the game and eventually choosing to join LIV Golf, he was competing on American soil for the first time since January. Mickelson had five bogeys, two double bogeys and just one birdie on his card.