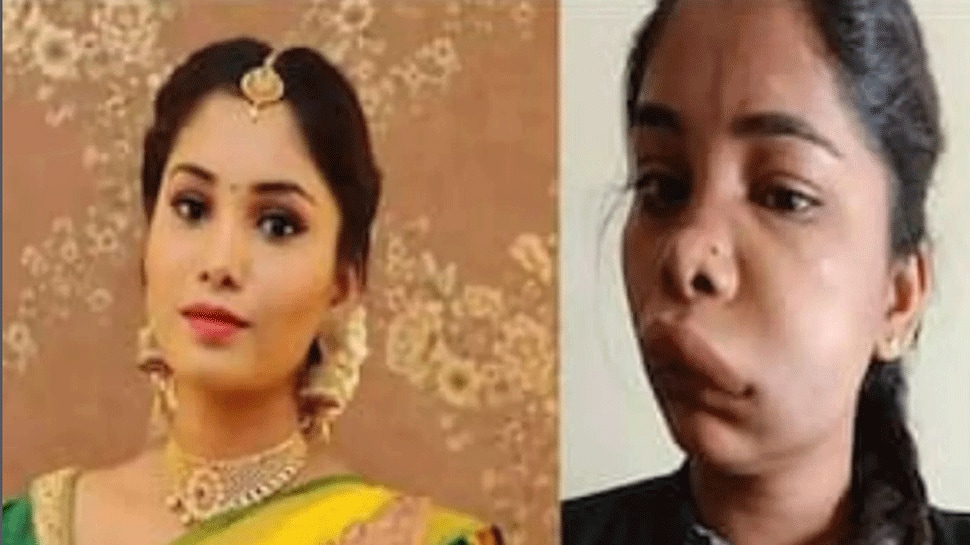 NEW DELHI: Kannada actress Swathi Sathish is facing one of the tough situations in her career. The actress recently went for a root canal treatment but ended up having major physical setback after her face got swollen and she almost become unrecognizable. As per reports, her situation has remained the same even 20 days after the procedure.

As per the actress, the dentist had informed her about the common side affect and assured that the swelling would go away in a few hours. However, to Swathi’s shock, her condition continued to worsen with time while her face remained swollen even after two weeks of the surgery. Meanwhile, pictures of her swollen face has surfaced online and has left netizens appalled.

According to a Kannada news channel, Swathi has accused the clinic of medical negligence, and is reportedly said to be considering legal options against the team. Meanwhile, her current condition has put a question on her profesisonal commitments. The actress was not been able to step out of her house with her swollen face and thus, could not promote her upcoming projects, which are lined up for release.

In the latest reports, Swathi is said to be receiving treatment for her swollen face from a different medical facility. After getting her treatment done from another hospital, the actress is now recovering. The actress is famous for her work in films such as ‘FIR’ and ‘6 to 6’.

Only last month, popular Kannada TV actress Chethana Raj lost her life due to complications from failed plastic surgery. She was only 21-year-old and had undergone fat-free cosmetic surgery at a private hospital in Bengaluru. However, after she developed complications, she was shifted to Kaade hospital. But she died soon after as her lungs were filled with water and she was unable to breathe, the police said. Her parents accused the clinic of medical negligence.