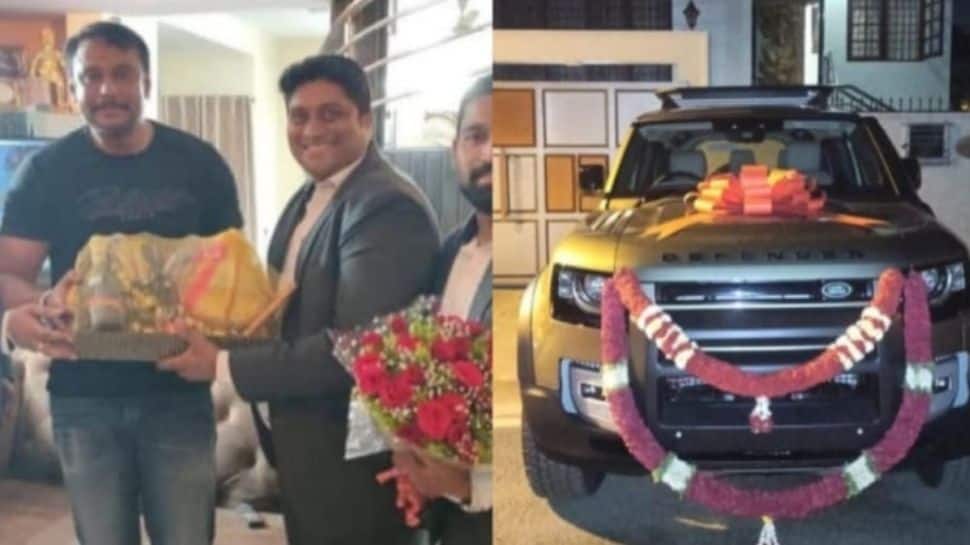 Actor and movie star Darshan has added a new Land Rover Defender SUV to his garage. The new SUV has brought him on the list of the buyers of the luxury SUV with Bollywood actors Sunny Deol, Arjun Kapoor, Prakash Raj, and others. It is to be noted that the Land Rover Defender 110 is priced at Rs 2.13 crore (ex-showroom). However, looking at the pictures it’s not clear that the actor has bought which variant of the SUV. Moreover, the Kannada star is a car enthusiast who owns luxury cars like Lamborghini Urus, Huracan, and other such cars.

Actor Darshan’s Land Rover Defender 110 is available in the 5-seater version and with the option of a 3-door, a version called the Land Rover Defender 90. The new SUV is a capable off-roader from the luxury car maker. The SUV comes with three engine options: two petrol engines and one diesel engine.

After years of being off the market, the Land Rover Defender was reintroduced as a brand-new model. It is now marketed as a premium lifestyle luxury SUV that is renowned for its off-road capabilities while being a true sumptuous vehicle inside.