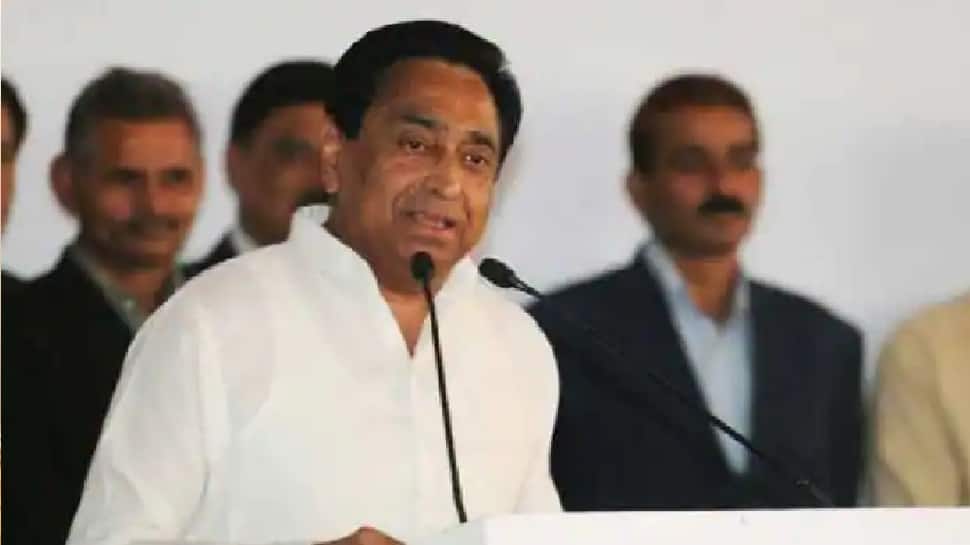 Bhopal: Former Madhya Pradesh Chief Minister Kamal Nath stoked a fresh controversy for allegedly threatening officers of the police administration ahead of the state assembly elections to be held this year. The former Madhya Pradesh CM was addressing a public rally here, where he said “Acha Hisab Liya Jaaega” within eight months as elections are approaching. “Elections will be held in eight months and I want to tell everyone not to be aggressive or fearful. All the police officers should listen with their ears open that everybody’s account will be taken in the upcoming elections,” said Kamal Nath.

Referring to Kamal`s “Acha Hisab Liya Jaaega” remark, Bharatiya Janta Party (BJP) Spokesperson Shehzad Poonawalla said that Kamal Nath has shown his undemocratic emergency mindset. “This is not the first time Kamal Nath has tried to intimidate the police officers and the administration. In August 2021, he made similar statements. We also remember the ‘Aag Laga do’ statement,” said Shehzad Poonawalla.

This is what the party is exactly displaying in Madhya Pradesh as well, said Shehzad Poonawalla. Citing the open threats given by former Madhya Pradesh Chief Minister Kamal Nath to police officers and administration, Poonawalla questioned if this is the situation when the Congress party is out of power what would the condition be when they by mistake come to power. “Congress leader Rahul Gandhi should further answer if the party supports such statements or condemns it,” said Shehzad Poonawalla.