AAP’s Shelly Oberoi or BJP’s Rekha Gupta: Who will be MCD mayor? 10 points 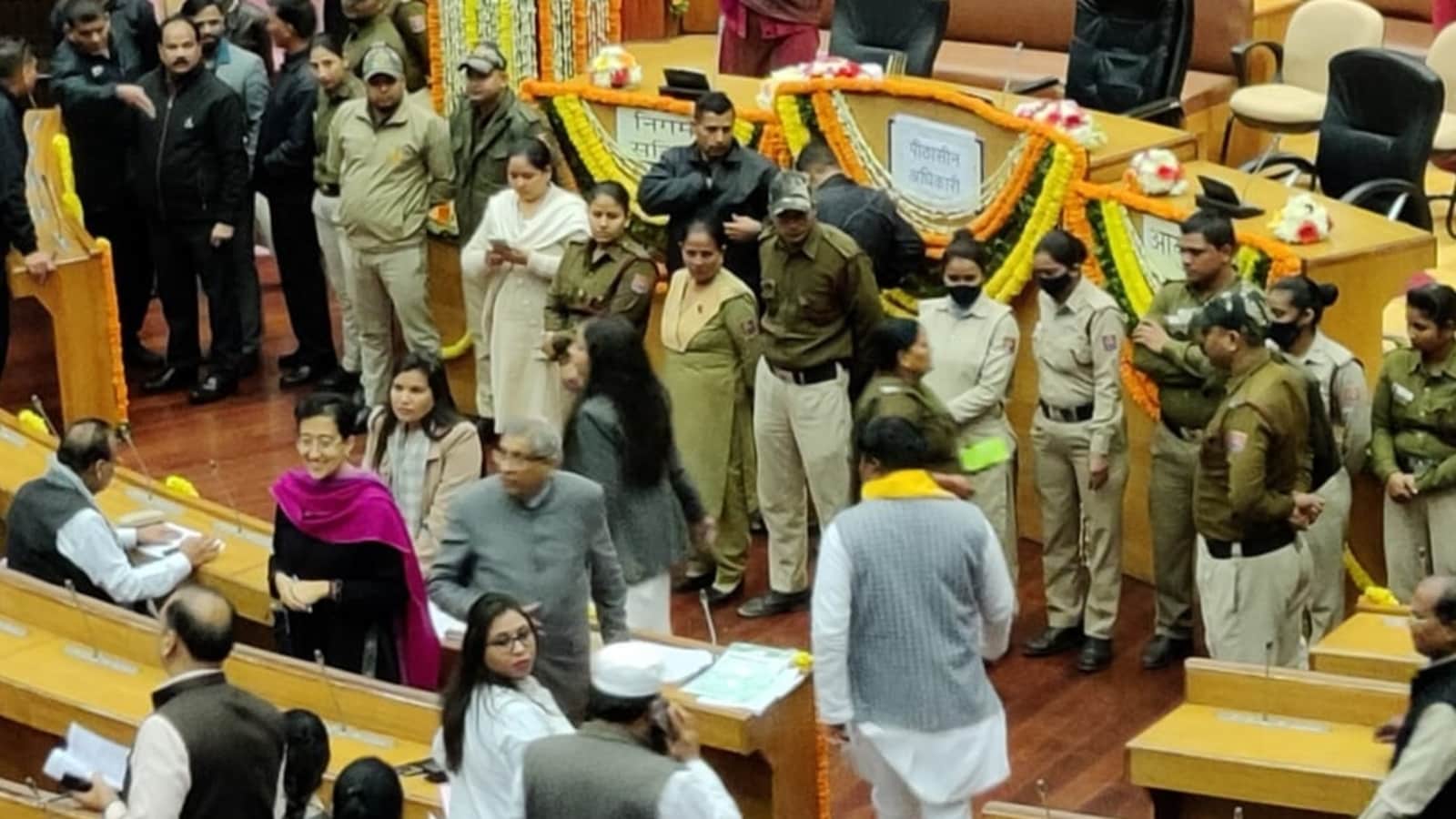 The Municipal Corporation of Delhi (MCD) is set to elect the national capital’s first mayor as a whole in a decade about three weeks after visuals of mayhem inside the House had triggered criticism for leaders of Aam Aadmi Party (AAP) and the BJP. The AAP had wrested control of the civic body from the BJP last month, ending its 15-year-rule. It was the first time that elections were held for a unified MCD after three civic bodies of the city merged into one last year. Shelly Oberoi is the AAP’s candidate for the mayoral post and the BJP has fielded Rekha Gupta against her. For the post of deputy mayor, it’s AAP’s Aaley Mohammad Iqbal vs the BJP’s Kamal Bagri.

Here are top points on the MCD mayoral elections:

1) The day began with the oath-taking of 249 councillors amid tight security. On January 6, the oath-taking of alderman – 10 members who do not have voting rights in the House, as per the Delhi Municipal Corporation Act, 1957 – had triggered a row in the house.

2) The AAP had claimed it was done to allow the aldermen to “vote in the mayoral polls” and favour the BJP. The party and Lieutenant Governor Vinai Kumar Saxena denied these claims.

3) For the first time since 1957, the Civic Centre had descended into chaos on January 6 as councillors from both parties had fistfights, were seen on top of tables and even attempted to use furniture as weapons, prompting the presiding officer to delay the mayoral polls, HT had detailed in a report.

4) This is the first time in many years that the civic body will have a woman mayor, irrespective of whichever side wins. The post of mayor in the national capital sees five single-year terms on a rotation basis. The first year is reserved for women, the second for open category, third for reserved category, and the remaining two again for the open category.

5) As far as the number game is concerned, apart from the 250 councillors, 14 Delhi MLAs, and 10 Delhi parliamentarians form the electoral college for the mayor, HT had reported earlier.

6) In total, there are 274 voters and the AAP has the backing of 150 members while the BJP has backing of 113. While the Congress has nine councillors, two others are independents.

7) BJP MLA Ajay Mahawar on Tuesday questioned the AAP’s clamour three weeks ago as he posted a video message and said: “The voting of alderman happened once the session started… but what was the point of the AAP raising a hue and cry last time?”

8) “We don’t do politics like the Aam Aadmi Party. I wish that the election goes peacefully… Whoever wins the mayor (post) should work for the people of Delhi,” BJP MP Gautam Gambhir said as initial reactions started pouring on Tuesday.

9) The AAP – in its poll promises – had said it would address the issue of landfill sites among others once it takes charge of the civic body, apart from air pollution and other issues.

10) Even on the day of the mayoral polls, the AAP government’s attack on LG continued. “Hon. LG’s over-enthusiasm to bypass elected govt on every matter, has created a crisis situation wherein many people accused of committing serious crimes against the state might go scot free. Hon LG have issued invalid Prosecution Sanctions bypassing the elected government, (sic),” Deputy Chief Minister Manish Sisodia tweeted. “Under Section 196(1) CrPC, a valid sanction for prosecution from the State Government is a pre-requisite for certain offences. It includes offences like hate speech, hurting religious sentiments, hate crimes, sedition, waging war against state, promoting enmity etc.” The AAP leader further said: “According to SC orders, it is the elected Government which has to exercises executive powers to issue a valid sanction for prosecution Under Section 196(1) CrPC, and Hon’ble LG will be bound by the aid and advice of the Council of Ministers.”