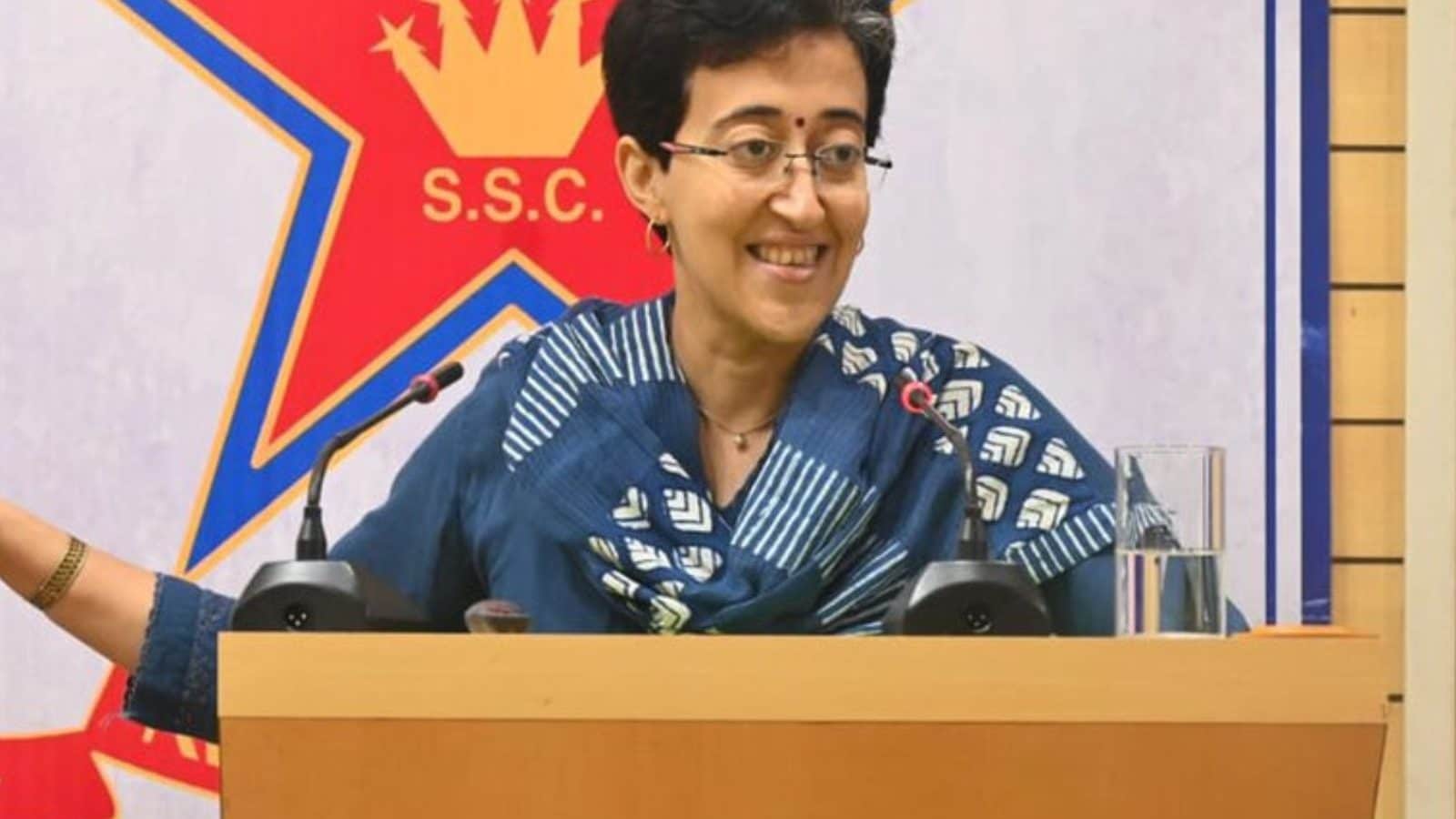 AAP councillors were sitting peacefully and did not even raise their voice, Atishi claimed. (File Photo: Twitter/@atishi)

Senior AAP leader Atishi Wednesday accused the BJP of disrupting the proceedings of the Municipal Corporation of Delhi (MCD), a day after the House was adjourned for a second time this month amid chaos.

The AAP MLA alleged that the BJP councillors climbed over the benches and resorted to hooliganism inside the House while falsely accusing her party of creating a ruckus.

The high-stakes Delhi mayor election was stalled on Tuesday for the second time this month as the House was adjourned till further notice by the LG-appointed presiding officer following a ruckus by some councillors.

The adjournment prompted councillors, 13 MLAs and three Rajya Sabha MPs of the AAP to sit on a “dharna” for nearly four hours against the BJP at the Civic Centre, demanding immediate polls.

“AAP councillors were sitting peacefully and did not even raise their voice. On the other hand, the BJP councillors climbed over the benches, raised slogans and created a ruckus to disrupt the proceedings,” Atishi claimed.

No immediate reaction was available from the BJP on the matter.

Accusing the BJP of pre-planning the ruckus, the senior AAP leader claimed that their councillors gheraoed the well of the House holding printed placards.

“Our councillors made multiple videos and in every video, one can be seen how the BJP councillors created a ruckus in the House. They were even holding printed placards which said ‘stop hooliganism and let the House function’. This proves that the BJP conspired and pre-planned an agenda to disrupt the House,” she alleged.

Showing multiple videos to the reporters, she further said that none of the AAP councillors got up from their seats.

Atishi accused the BJP of falsely accusing the AAP councillors of creating a ruckus and “challenged” them to show videos to prove their allegations.

“I want to challenge the BJP to show at least one video where it can be seen that AAP councillors raised their voice or abused or created ruckus or did anything to disrupt the proceedings of the House,” she said.

The first meeting of the newly elected House of the Municipal Corporation of Delhi (MCD) was adjourned on January 6 also, amid ruckus by AAP and BJP members.