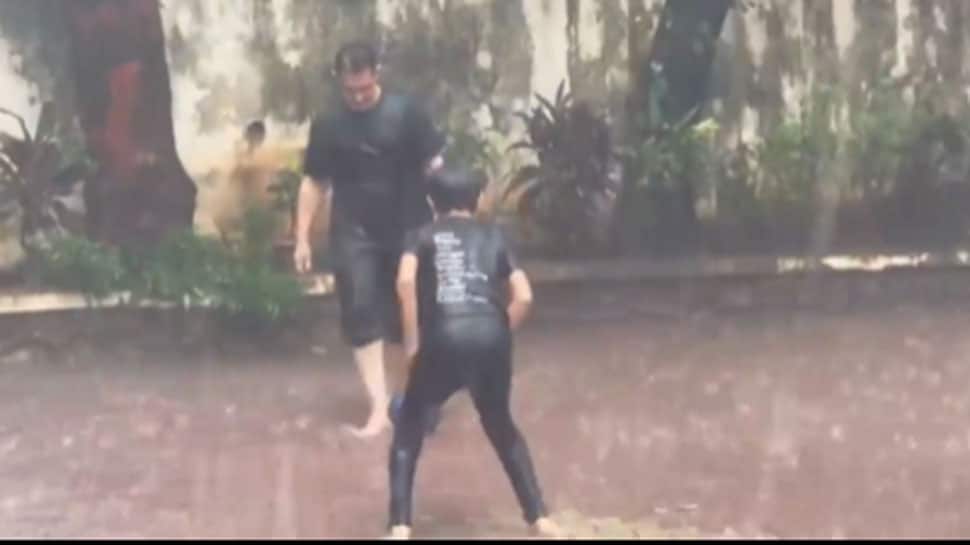 New Delhi: A video of actor Aamir Khan along with his son Azad Rao Khan was shared on the Instagram handle of AK productions. The father-son duo can be seen enjoying a fun football match. Amidst the heavy Mumbai monsoons, Aamir and his son relished the rain while drenching in it as they played the fun game together.

Aamir Khan spends quality time with his family and is often seen encouraging the kids toward sports as it plays an important part in one’s fitness and physical growth.

Meanwhile, on the work front, Bollywood superstar Aamir Khan will be next seen in Laal Singh Chaddha along with Kareena Kapoor Khan and Mona Singh in the lead roles. The film is an official Hindi adaptation of the 1994 Hollywood classic Forrest Gump starring Tom Hanks.