A MicroSD Card With 1.5TB Storage Has Been Launched, But It Won’t Run On Your Phone Yet 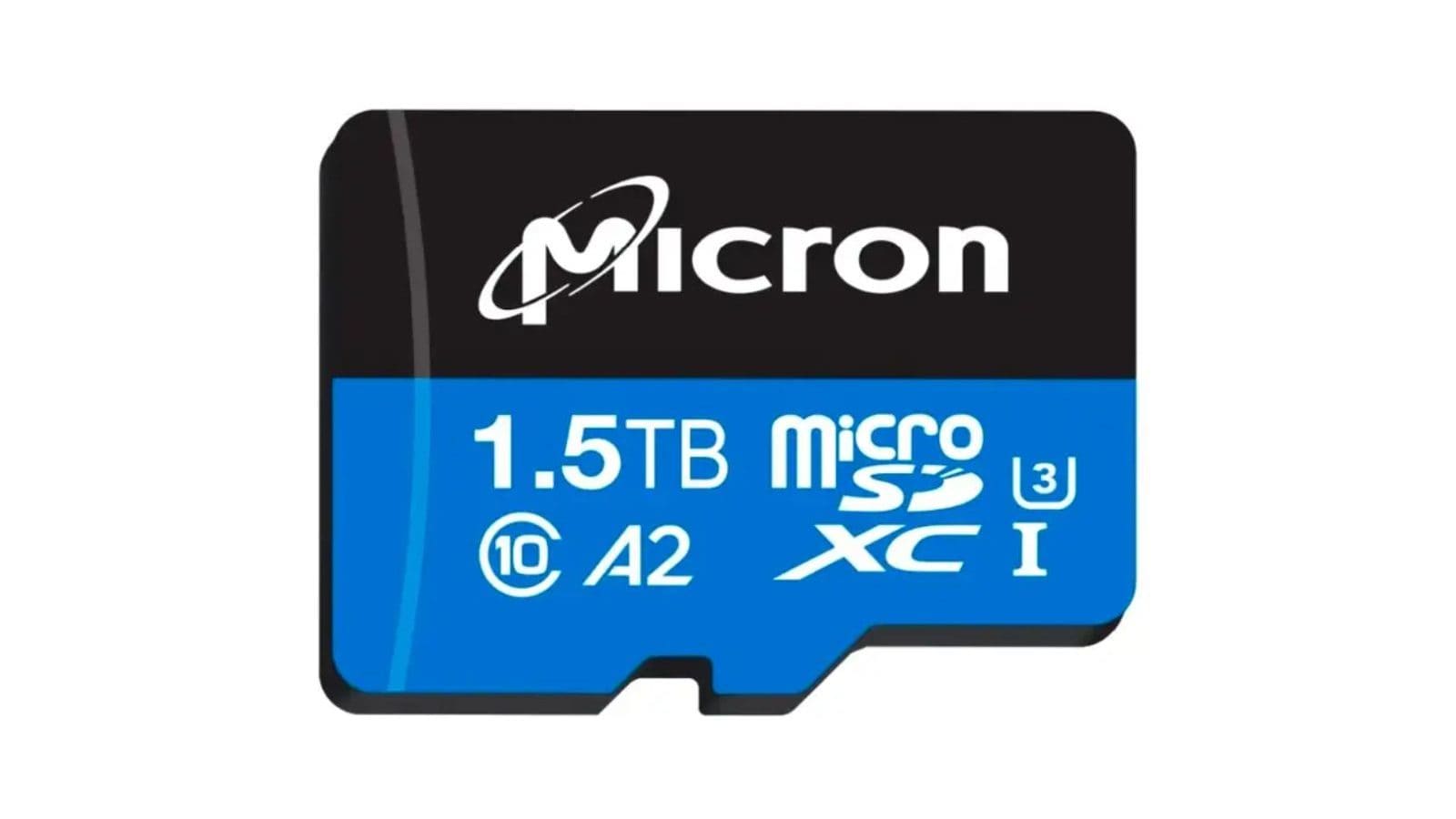 Chipmaker Micron has unveiled the world’s largest capacity microSD card that comes with 1.5TB of storage space. The Micron i400, which holds 50 percent more storage capacity than the previous largest microSD card will target enterprise customers.

Micron has achieved this capacity by using its 176-layer 3D NAND technology and will cater to anything that has to do with video storage. The 1.5TB microSD card is not expected to be cheap or easy to source. It is designed to handle five years of continuous 24×7 high-quality recording and a whopping mean time before failure MTBF of two million (roughly 228 years), making it pretty obvious that the primary use-case would be a storage device for video security devices like dash cams, home security solutions, body cameras for police, and more. The i400 microSD card, however, comes without SD Express, a technology that enables high speed data transfers that could boost data transfers to up to 4GB per second.

There are no details yet about the performance of the Micron i400 microSD card, but it is being said that it will be an industry-grade microSD card, as smartphone users will anyway not be able to use it, since most smartphones with expandable storage max out at 1TB of storage space. With cloud storage becoming the norm, most smartphones don’t even come with the option of expandable storage.

WATCH VIDEO: Vivo X80 Pro Review: Should You Spend Rs 79,999 On This Smartphone?

Before this, the highest storage capacity on a microSD card slot was up to 1TB, and all major brands have 1TB microSD card slots. It is not known as to when the Micron i400 microSD card will go on sale, nor is there any pricing information from the company so far. The card was showcased at the ongoing Embedded World 2022 Conference taking place in Nuremberg, Germany.