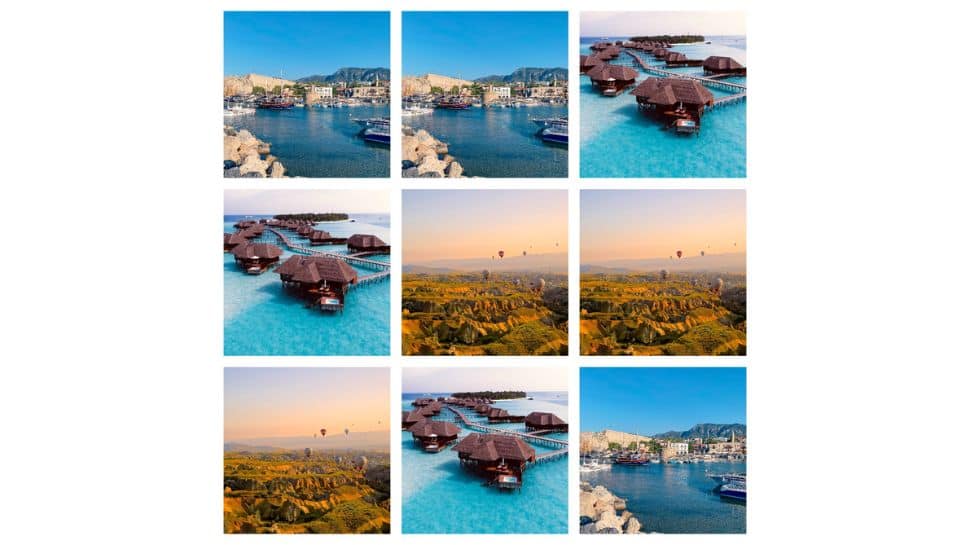 Eid al-Adha is one of the recognized Islamic festivals. Extended family members are usually visited and greeted, and sweets and presents are usually offered. Big Eid, or the Greater Eid, is another name for the day.

With the Eid holiday around the corner, it’s time to start thinking about your Eid Al-Adha trip. It is the right time to complete your flight bookings and plan your itineraries for the trip  Arafat Day, which is anticipated to occur on Friday, July 8, will kick off the festivities. Eid Al-Adha is expected to begin on Saturday, July 9, giving us July 8 to 11 off, however, those dates, like certain other UAE public holidays in 2022, are subject to final government approval.

Whether you’re traveling alone, with the family, or with a group of friends, check this list of the top Eid Al-Adha vacation spots, then start planning your own journey. To make travel as simple as possible, we’ve chosen destinations that are just a short flight away and have minimal COVID-19 travel limitations.

Cyprus is an island nation in the Mediterranean Sea that lies under Turkey. Despite its geographical location in Asia, it is a member of the European Union. The island has considerable Greek influences, although there are also Turkish influences to be seen. It has a somewhat larger area than Crete. It’s a perfect island to mix a beach vacation with culture, thanks to its rich history and stunning beaches. So, who’s up for a trip to Cyprus?

Despite its small size, the Republic of Cyprus boasts a diverse population of cultures and nationalities as a result of migration from surrounding nations since the 19th century. As a consequence, Cyprus has a very distinct and diverse culture. This nation not only has beautiful natural landscapes and rich culture, but it is also the home of Aphrodite. With 2.4 million tourists each year, Cyprus is one of the most popular tourist destinations. With 53 azure clear beaches spanning the island nation’s coastline, Cyprus has been regarded as the country with the cleanest sea water in Europe for the previous ten years.

Greece is a beautiful, enchanting, and calming destination. Greece is full of surprises.  Greece is a perfect place unlike any other for exploration & relaxation, with delicious meals, fantastic restaurants, white sand beaches, blue Mediterranean seas, and jaw-dropping sunsets. Greece is not only beautiful and charming, but it is also quite economical. It is possible to travel all year, and although the winter months are chilly, they do not have as much rain.

Greece has approximately 6,000 islands, islets, and atolls, 227 of which are colonized, but the country offers more than simply island life. The mainland is nearly as appealing as its neighbors, with its ancient and busy city of Athens and the towering cliffs and monasteries of Meteora. When you combine some of Europe’s nicest people, greatest cuisine, richest history, and most spectacular scenery, you get a remarkably intriguing location.

The Maldives is an enjoyable nation to visit, especially because it has only been accessible for the last decade. Lodgings are already cropping up on a weekly basis on nearby islands, providing travelers with an economical option to see the nation.

It is a paradise for newlyweds, sea lovers, and divers, and is considered one of the world’s greatest beaches, located only beyond the Indian border. This year-round location has one of the world’s best diving and snorkeling experiences, thanks to its cluster of over 1,000 islands strategically placed in the Indian Ocean. And that’s not all; this lovely island also boasts an underwater hotel to its name. Guests may spend a night in this one-of-a-kind all-glass chamber 16 feet under the sea’s surface, surrounded by tropical fish and coral reef.

Seychelles is a fantastic holiday location with plenty of sunlight and a beautiful ocean all year, so the ideal time to go depends on your preferences. Seychelles is a 115-island cluster in the Indian Ocean. Many of Seychelles’ islands are uninhabited, so most visitors stick to the three main islands: Mahé, Praslin, and La Digue.

The easiest to reach is Mahé, which is home to Victoria, Seychelles’ capital. This is the biggest and most important island in Seychelles, having an international airport. It’s simple to explore and go island hopping in the Seychelles archipelago from here. You may hike through Mahé island’s rich, hilly interior, dive with deep-sea animals at Shark Bank, or hop your way around the islands, finding forest paths, blue lagoons, and lonely coves. The renowned Vallee de Mai on Praslin island and the jaw-dropping coral reef of Aldabra are both UNESCO World Heritage Sites on the islands.

Traveling to Turkey is one of the simplest and most exciting ways to learn about Islamic culture since it sits on the border between the Islamic world and the European Union. It’s no surprise that Turkey is the world’s sixth most visited country, thanks to its excellent cuisine, rich history in Istanbul, hot air balloon flights over Cappadocia, and magnificent mosques.

It is the home to the Byzantine monuments of Istanbul, such as Ayasofya, the Ottoman mosques and palaces, Greek and Roman cities still standing in Western Turkey, and Cappadocia, which has beautiful limestone formations and some really awe-inspiring cave towns and castles right out of the Flintstones. As you go east, you’ll pass through evocative ancient Islamic villages and cities, as well as some prehistoric sites. What about the scenery? Huge pastures, snowy peaks, meadows…and the food? It’s always fantastic. Even my tastes, which are accustomed to hot and hefty foods, thought it was fantastic. And I haven’t even mentioned Turkey’s Mediterranean coast. Turkey has had 13 civilizations, all of which have had a substantial effect on its culture.

(Above mentioned article is Brand Desk Content, This article is a sponsored publication and does not have journalistic/editorial involvement of IDPL)