11 children awarded with Pradhan Mantri Bal Rashtriya Puraskar this year. Know about them 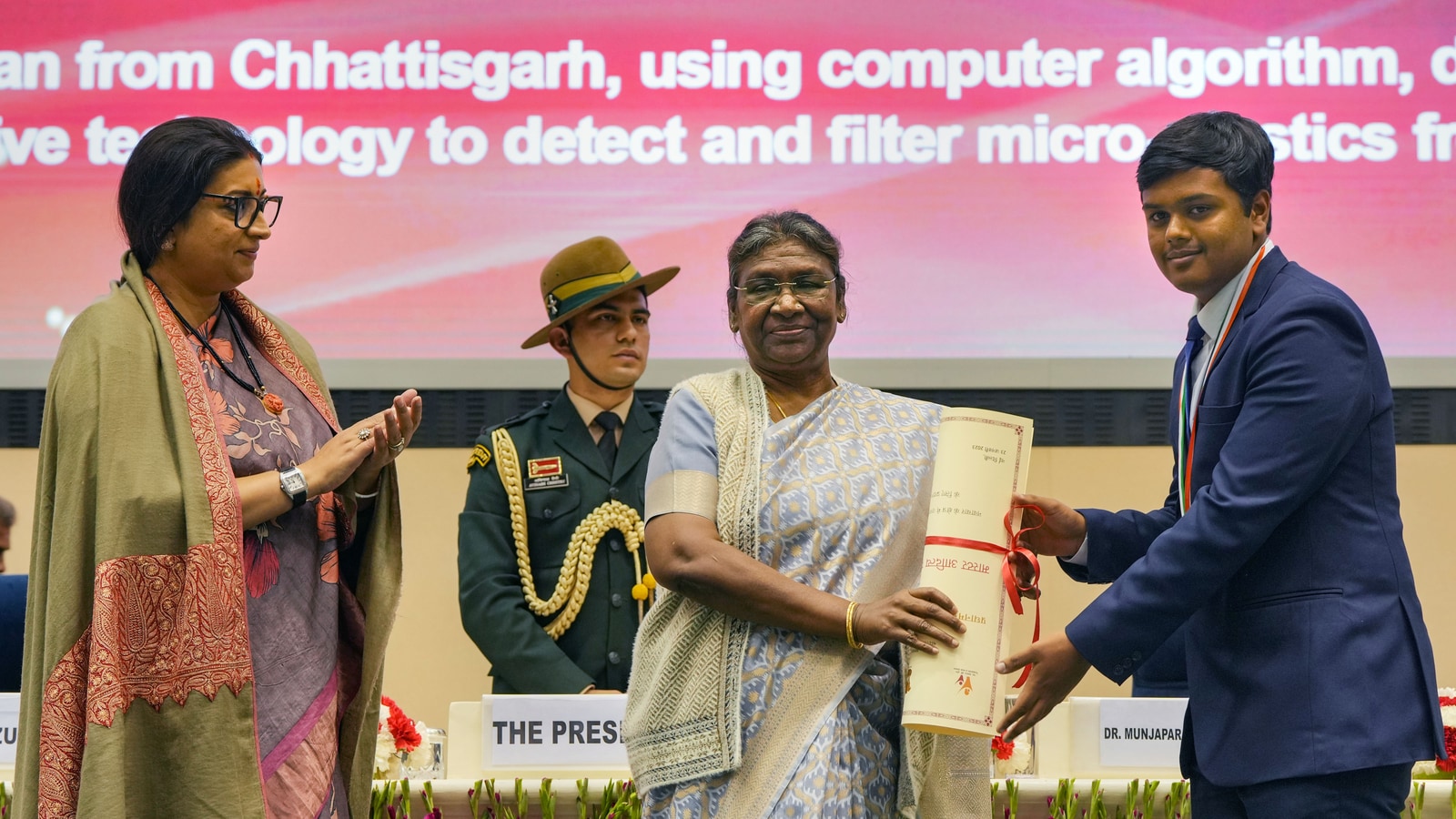 President Droupadi Murmu conferred the Pradhan Mantri Rashtriya Bal Puraskar (PMRBP), 2023, to 11 children at an award ceremony in New Delhi on Monday. Murmu stated that some of the award recipients have demonstrated such unwavering courage and valour at a young age that she was not only surprised but also overwhelmed to learn of them.

Bal Puraskar is given to children aged five to 18 for their achievements in six categories: Art & Culture, Bravery, Innovation, Scholastic, Social Service, and Sports. Each PMRBP awardee receives a medal, a cash prize of Rs1 lakh, and a certificate.

This year, eleven children from across India were awarded for their outstanding achievements in the fields of art and culture (4), bravery (1), innovation (2), social service (1), and sports (3).

Smriti Irani took to Twitter to share her interactions with the awardees. “Interacted with winners of Pradhan Mantri Rashtriya Bal Puraskar 2023 during their visit to Pradhanmantri Sangrahalaya today”, she tweeted.

Here is a list of winners and their achievements

-Assam’s Shreya Bhattacharjee is a skilled Tabla artist who holds the record for playing Tabla for the longest duration and has been named in the’India Book of Records’. Tabla has earned her the 9th Cultural Olympiad of Performing Arts, as well as numerous other awards.

-Shauryajit Ranjitkumar Khaire is a national level Mallakhamb player from Gujarat. At the National Games 2022, he is the youngest medalist in all sports and won a bronze medal in the Standing Pole Open Category.

-Odisha’s Sambhab Mishra has written numerous notable articles and books for renowned publications. He was awarded the prestigious “Fellowship of the Royal Asiatic Society, London,” making him the society’s youngest ever fellow in its 200-year history.

-Rohan Ramchandra Bahir of Maharashtra demonstrated incredible bravery by jumping into a river to save a woman’s life while disregarding his own.

-With an IQ of 180, Rishi Shiv Prasanna from Karnataka is the youngest certified Android Application Developer. He is one of 40 Indian youth icons chosen by the Ministry of Culture. He has also written a book called “Elements of Earth.”

-M. Gauravi Reddy, a Telangana dance record holder, was the youngest nominee to the International Dance Council in 2016. She has performed classical dance on various stages.

-At the age of 12, Hanaya Nisar, a young girl from Jammu and Kashmir, represented India and won the Gold Medal in the 3rd World SQAY Martial Arts Championship held in Chingju, South Korea in October 2018.